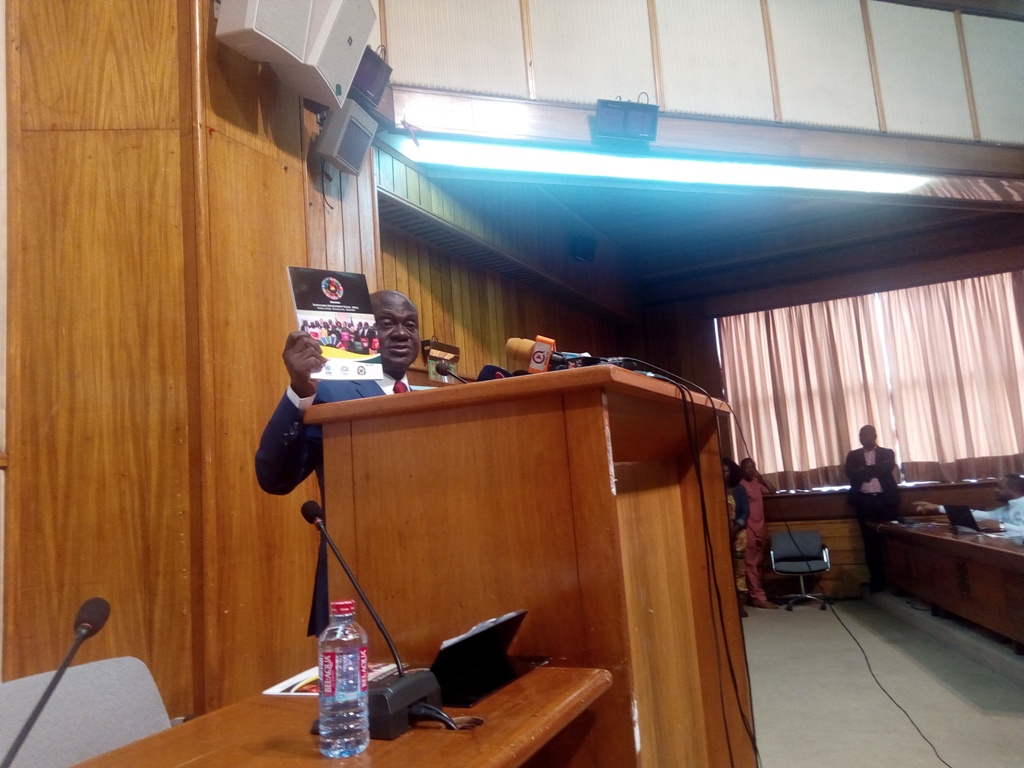 Professor George Gyan-Baffour, Minister of Planning on Thursday launched Ghana’s maiden Sustainable Development Goals (SDGs) Indicator Baseline Report in Accra.
The 121-page report, sets the baseline for a selection of indications that serves as the basis for monitoring and tracking of progress towards achieving the SDGs and the corresponding African Union’s Agenda 2063 targets.
It would be recalled that in September 2015, world leaders adopted the 2030 Agenda for sustainable development framework to replace the Millennium Development Goals (MDGs).
Since the inception of the SDGs, the Government had embarked on a number of strategic initiatives to ensure the effective implementation of the SDGs.
The SDGs have been consistent with Ghana’s development aspirations and about 70 per cent of the SDGs targets were reflected in policies and strategies of the just ended Medium-Term National Development Policy Framework (2014-2017), which preceded the 2030 Agenda.
The SDGs, as well as the Agenda 2030 targets and indicators have been subsequently integrated into the Coordinated Programme for Economic and Social Development Policies (2017-2024), Medium-Term National Development Policy Framework (2018-2021), and its associated results framework respectively.
The SDGs Indicator Baseline Report was developed by the National Development Planning Commission (NDPC), in collaboration with the United Nations (UN) and the Ghana Statistical Service.
It also exposes the data challenges that Ghana face in tracking the progress of implementation and supporting evidence-based decision-making.
The findings of the baseline report calls for innovative and efficient strategies to tackling the SDGs, since “a business-as-usual approach” would not yield the desired results.
Prof Gyan-Baffour said the implementation of the SDGs had an unprecedented support from the highest seat of Government.
“In addition to the focus given to the SDGs in the President’s Coordinated Programme, the President, in his role as the Co-Chair of the UN Secretary General’s Eminent Group of SDGs Advocates, has provided leadership in mobilising support on the African continent for the SDGs,” he said.
“This way, Ghana and our fellow member states of the AU, will collectively ensure that the SDGs are kept in focus in our respective national development agenda.”
Dr Grace Bediako, Director-General, NDPC, said every two years the Commission would present to Ghanaians a progress report on the implementation of the SDGs and the AU’s agenda 2063.
She urged the media to raise public awareness on the importance of the SDGs and how it was impacting on the lives of Ghanaians.
Dr Christine Evans-Klock, the UN Resident Coordinator, in a speech read on her behalf, said the UN stands ready to support Ghana in strengthening its statistical capacities across the national statistical system, particularly on administrative data.
“Joining up efforts across UN agencies, and with government, private sector and civil society, to generate and use better data to track SDG progress is one of the commitments in the newly launched UND Sustainable Development Partnership with Ghana, which would guide our work through 2022,” he said.
Mr Osei Kyei-Mensah-Bonsu, Majority Leader of Parliament, said the implementing policies for attainment of SDGs was the preserve of the executive branch of government, however, parliament had a critical role to play, through its traditional roles of power-of-the-purse; legislation, ratification of conventions and the oversight responsibilities towards the attainment of these goals.
Dr Felix Addo-Yobo of the NDPC, who gave an overview of the report, said the baseline values for the indicators show that Ghana has a long way to go in achieving many of the SDGs target.
Dr Eugene Owusu, Presidential Advisor on SDGs, who chaired the launch, urged government, communities, civil society, and the private sector to work towards ending poverty, ensuring prosperity for all, addressing inequalities, protecting the nation’s natural resources, and engendering hope for the teeming youth of the country.
“Our country is blessed with substantial resources but the paradox of pervasive poverty and deprivation and resource abundance cannot be lost on anyone,” he said.
“We do have a great unique opportunity with the SDGs to have the Ghana that we all aspire for – a fairer prosperous, modernised and inclusive society.”
Other speakers at the report launch were Nana Osei Bonsu, Chief Executive Officer, Private Enterprise Federation, Dr Esther Ofei-Aboagye, a former Director of the Institute of Local Government Studies and Mrs Beauty Emefa Narteh, Co-Chair CSO Platform on SDGs.
Source: GNA