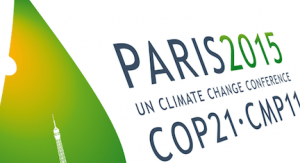 The world gathered in the French capital, Paris in December 2015, to sign yet another international agreement to protect the climate after the 1997 Tokyo agreement. In all, 196 countries signed the agreement including both developed, developing and least developed countries.  At the core of the agreement is cutting down carbon emissions and migrating the impact of climate change. Ultimately, in the long term, it seeks to keep the increase in global average temperature to well below 2°C above pre-industrial levels; and to limit the increase to 1.5°C – reducing the risks and effects of climate change.

Countries are to draw their own plans to achieving the global goal and determine how much cut they will make in carbon emissions with specific timelines.

But the agreement has been heavily criticized for its lack of binding clauses.

Climate change is now affecting every country on every continent. It is disrupting national economies and affecting lives, costing people, communities and countrie.

According to the United Nations, they are now at their highest levels in history. Without action, the world’s average surface temperature is projected to rise over the 21st century and is likely to surpass 3 degrees Celsius this century—with some areas of the world expected to warm even more. The poorest and most vulnerable people are being affected the most.

Presently, research has shown that rising carbon emissions could make vital food crops from wheat to rice less nutritious and endanger the health of hundreds of millions of the world’s poorest.

“Certain staple crops grown in open fields with elevated carbon dioxide levels had up to 17 per cent lower levels of protein, iron and zinc compared to those grown amid less of the gas,” a study in the journal, Nature Climate Change published on the World Economic Forum website says.

But nearly three years after the Paris Climate Change Agreement, also known as COP21, was signed to address climate change on December 12, 2015, have investment trends in fossil fuels and its alternative sustainable best, renewable energy responded? Are countries across the world on the path towards creating green economies which are sustainable and less hazardous to the environment?

In 2015, the year in which the agreement was signed, foreign direct investment (FDI) in fossil fuels, notably oil, coal and natural gas, accounted for about 16 per cent of all FDI globally – investment of $121 billion.

In 2016, renewable energy, contributed a total of $77.1 billion, accounting for 10 per cent of total global foreign direct investments.

The drop in the investment volumes of these two extreme sectors was generally due to the 16 per cent drop in global foreign direct investment to $1,520 billion.

It is a good thing that investment trends for fossil fuel after the agreement was signed have dropped, and that is a good thing for the global movement against climate change. Despite America, a major polluter of the planet, pulling out of the Agreement,  with this drop in investments in fossil fuel, the world may be gearing up to start full implementation of the Agreement in 2020.