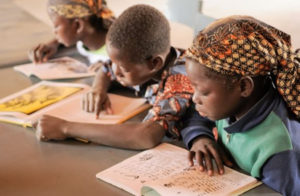 Four of five grade 2 students in Ghana are unable to read a single familiar word – this is according to the 2018 World Development Report.

When the World Bank conducted literacy skills assessment in 12 countries, comprising seven African countries including Ghana, Grade 2 pupils in Ghana and Malawi were found to be the worst performing pupils in Africa among the twelve countries chosen for the study.

According to the report, in Ghana and Malawi, more than four-fifths, almost 90 per cent, of students at the end of grade 2 were unable to read a single familiar word such as “the” or “cat”.

In numeracy tasks, about 70 per cent of grade 2 students in Ghana were unable to perform simple two-digit subtraction exercises. Malawi, which performed poorly with Ghana in literacy, had less than 20 per cent of her grade 2 students unable to work out math tasks – making Malawi the best in numeracy, beating all seven countries, including Iraq, India and Nicaragua.

“When grade 3 students in Nicaragua were tested in 2011, only half could correctly solve 5+6. In urban Pakistan in 2015, only three-fifths of grade 3 students could correctly perform a subtraction such as 54 – 25, and in rural areas only just over two-fifths could”, it added.  “This slow start to learning means that even students who make it to the end of primary school do not master basic competencies.”

The report says, among grade 6 students in West and Central Africa in 2014, less than 45 per cent reached the “sufficient” competency level for continuing studies in reading or mathematics—for example, the rest could not answer a math problem that required them to divide 130 by 26.

This trend is not specific to Africa, as it is witnessed across the developing world. It is reported that, in rural India in 2016, only half of grade 5 students could fluently read text at the level of the grade 2 curriculum, which included sentences (in the local language) such as “It was the month of rains” and “There were black clouds in the sky.”

Meanwhile, in many developing countries substantial amounts of learning time are lost because classroom time is spent on other activities or because teachers are absent.

“In seven sub-Saharan African countries, students receive only about two and a half hours of teaching a day—less than half the scheduled time. Teacher absenteeism and low time on task when in class—combined with other factors such as informal school closures or student absenteeism—mean that only about one-third of the total instructional time is used in Ethiopia, Ghana, and Guatemala” – the report said

But providing education is not enough. What is important, and what generates a real return on investment, is learning and acquiring skills. This is what truly builds human capital. In many countries and communities learning isn’t happening. Schooling without learning is a terrible waste of precious resources and of human potential,” he added.