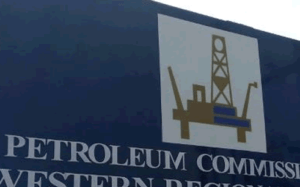 The Petroleum Commission, Ghana, is leading 40 Ghanaian companies to Stavanger, Norway, one of the world’s largest exporters of oil, to explore oil and gas production opportunities in the upstream sector to help boost Ghana’s sector.

The visit, which, coincides with the Offshore North Sea (ONS) Conference, a major petroleum conference in the world, slated for August 27 and 28, would be the second trade mission to be organised by the Commission this year.

At a pre-departure briefing in Accra on Friday, Mr Kwaku Boateng, Director in charge of Local Content, Petroleum Commission, said the trade mission was one innovative way to enhance participation of Ghanaian companies in the petroleum upstream project.

“One key objective of the Commission is to promote local content and Ghanaian participation in the oil and gas sector, and one of the vehicle of achieving that is to facilitate technology, skills and knowledge transfers to Ghanaian firms, especially, the start-ups and the small and medium enterprises”, Mr Boateng indicated.

He said the upstream industry was highly technologically driven and capital intensive, and therefore, the ability of many small companies, especially, the start-ups, to participate actively was constrained.

He said the Commission saw such exposures for small companies as a necessary avenue that could create the needed partnerships with foreign counterparts, through joint venture arrangements, strategic partnerships and alliances as one way of overcoming technological and financial challenges facing many of the Ghanaian companies to participate actively in the oil and gas sector.

“The local companies needed such a platform that would expose them to the foreign counterparts and so the trade mission would help them to market themselves to the foreign investors, and opportunities available in Ghana and about their own individual strength and abilities”.

Mr Boateng said by planning the visit to coincide with the ONS conference, “we are giving the Ghanaian Companies much broader platform to engage their foreign partners and to have access to key technologies and financial opportunities where they can explore to their benefits and that of the country”.

He said so far, nearly 70 companies in Norway had expressed interest to engage the Ghanaian firms in the Stavanger meeting, which would also feature other Ghana Networking sessions and investment meetings that would be addressed by Mr Faibille Jnr and other Ghanaian officials.

Most of the Norwegian Companies who provide services including; rig services, fabrications, logistics, and other engineering services are being expected to follow Aker Ghana Energy AS, a subsidiary of Aker Energy ASA a Norwegian Holding company that got approval from the government in June to take over Hess Ghana stake in the Deepwater Tano Cape Three Points block.

The Petroleum Commission is collaborating with Norwegian Energy Partners (Norwep) to organise the trade mission that is expected to serve as an attraction to foreign investment, networking for business enterprises and for technology and skills transfer.

The Commission in June organised the first trade mission to Aberdeen Scotland, which officials say had started yielding some follow-ups by investors in that country.