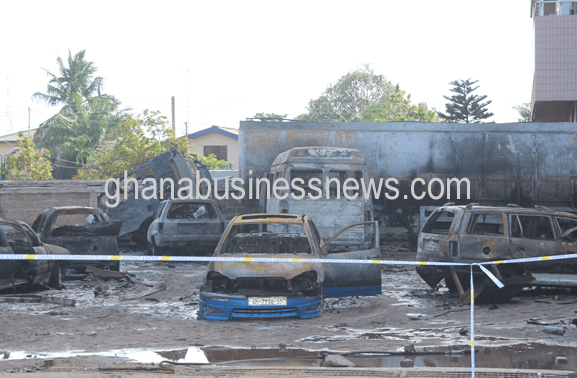 New District Directors of the National Disaster Management Organization (NADMO), and District Organizers of the Ghana Red Cross Society (GRCS) in the Northern Region have undergone an orientation to equip them with knowledge and skills to enhance community’s preparedness to respond to disasters.

The orientation was also to update the knowledge of especially the new District Directors of NADMO on basic concepts of Climate Change Adaptation (CCA) and Disaster Risk Reduction (DRR), as well as inform them of the GRCS’ DRR interventions in their districts.

It was also to foster closer working relationship with the GRCS’ District Organizers to support communities, assess their hazards, and define their corresponding coping mechanism.

The two-day orientation on the CCA/DRR was organized in Tamale by GRCS, in collaboration with NADMO and with support from the Swiss Red Cross Society.

It was in line with the GRCS’ DRR Project being implemented in the region to build resilience in communities to mitigate disasters such as rainstorms, floods and fires, amongst others.

Participants were drawn from 11 districts in the region including Sawla/Tuna/Kalba, Bole, West Gonja, Central Gonja, North Gonja and Gushegu.

Mr Abdul-Rahamani Yussif, Northern Regional Manager of the GRCS, who spoke at the orientation, said his outfit would ensure that officers of the NADMO complements their efforts in the communities, in terms of DRR as well as ensuring that “They speak with one voice”.

The GRCS has established DRR and its preparedness response teams in communities in the 11 districts working to build the resilience of communities to reduce the impact of disasters.

The Regional Manager “Urged members of the project beneficiary communities to join efforts to fight disasters in their localities because the hazards are with us and it is up to us as a people to see the hazards and the risks such that we make our communities resilient to cope with disasters to reduce their impact.”
Alhaji Abdallah Hindu, Northern Regional Director of NADMO warned that, NADMO would demolish houses and structures built on waterways and or unauthorized places to prevent floods in the region.

Alhaji Hindu commended the GRCS for its continued support to NADMO in the region, in relation to building the capacity of its staff to fight disasters, as well as ensuring resilience of communities to disasters.

Mr Saladin Sumani Mahama, National Disaster Management Coordinator at the GRCS, who took participants through DRR/CCA, advised them to work as a team to build resilience of communities to disasters.

Mr Kipo Sulemana, Bole District Director of NADMO, who was a participant, said the orientation would enable participants to adapt to the situation on the ground, to help mitigate disasters, adding that, the knowledge gained would be replicated to other officers and volunteers in the communities to reduce the impact of disasters when they occur.

Government to start Livestock Programme under Planting for Food and Jobs next year.