Ade Coker is a Presidential material – US NDC group

August 24, 2018 Politics Comments Off on Ade Coker is a Presidential material – US NDC group 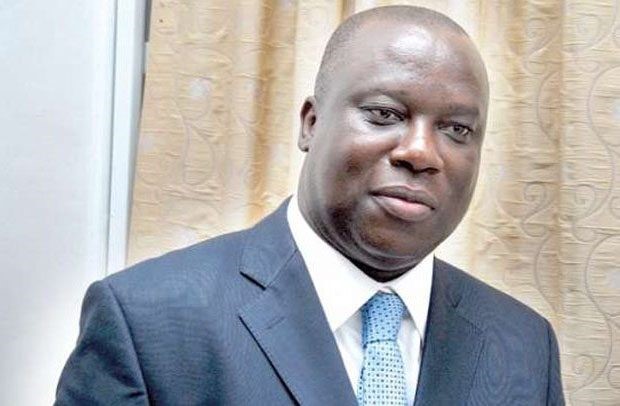 Mr Joseph Ade Coker, incumbent Greater Accra Regional Chairman of the opposition National Democratic Congress (NDC) is punching below his weight in his quest for re-election, a group in the United States branch of the party has said.

“Chairman Ade, as he is affectionately called, will be in a league of his own, if he was to run for President, “the group added.

Speaking on behalf of the group in a statement copied to the Ghana News Agency, Mr Philip Langdon, leading member of the Party in the United States of America said he ought to be in the race for the flagbearership of the NDC.

He was speaking in his capacity as Convener of US – NDC Connect (USNDCC), a group of NDC members in the US who are championing for the party to elect its most quality materials for the various executive party positions.

In a list of quality line-up for Akatamansonians worthy of the Flagbearership, USNDCC named the incumbent Greater Accra Regional Chairman alongside former President John Mahama and Mr Alban Kingsford Sumana Bagbin as the best Presidential materials for the NDC.

“You are not the first calling to ask why Ade Coker has been rated Presidential, when he himself has opted to run for the Regional Chairmanship. Our simple answer is that we set out to publish these ratings in quest to help our party see the stars among its human resources.

“Already, as Greater Accra Regional Chairman, Ade Coker has proven himself very well. People talk about losing Greater Accra in 2016, but it was not only Greater Accra that we lost – we lost the whole country. Even so, the loss in Greater Accra was least in measure compared to other regions,” Mr Langdon said.

He added that he would therefore not be surprised if Ade Coker was re-elected Greater Accra Regional Chairman for a third tenure. “We will however advise that after his third term, Ade Coker should climb up the ladder and go for either the 2024 flagbearership or at least the National Chairmanship of the party.”

Also on the issue of Ade Coker being a Presidential material swimming among regional party executives was Mrs. Mercy Nkrumah, the General Secretary of USNDCC, who explained that the ranking system had been borne out of a desire to help the NDC to manage its human resources well.

She added that Greater Accra NDC would be undoing itself if it did not elect Ade Coker to lead it. “2020 is a matter of the salvation of Ghana, and the NDC is the only party with the capacity to salvage this country. We therefore owe it to the people to present our very best, and Ade Coker is one of our very best,” she said.