August 22, 2018 Tourism Comments Off on GCAA to use ICAO audit to prepare for FAA Category 1 assessment 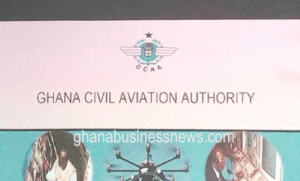 Ghana is preparing for an impending International Civil Aviation Organisation (ICAO) audit, to address loopholes that will enable it undergo the Federal Aviation Administration (FAA)’s audit to regain the Category 1 status.

Regaining the Category 1 status will allow airlines registered in Ghana and had obtained the requisite authorisations from the FAA and the Department of Transport, to operate air services to the United States of America.

Mr Simon Allotey, Director-General of the Ghana Civil Aviation Authority (GCAA), in an interview with the Ghana News Agency at the Ministry of Aviation’s Meet the Press session on Monday, said the Authority had scheduled for an ICAO audit to be conducted by end of the year.

He said this would help in the efforts to regain the Category 1 rating, which is given to show that a State complies with the ICAO standards and recommended practices.

He explained that although the GCAA was already working to address loopholes identified in an earlier audit, the process had been facilitated because of the forthcoming ICAO audit, as they were the same issues.

He noted that once the GCAA had finished its preparations, it would write to invite the FAA to come and conduct the technical assessment.

This is expected to be done in 2019. Following that, they will also conduct technical assessments on the operations of the airline that wants to commence operations to the United States and as well as their compliance with the GCAA regulations.

“Together with the assessment of the airline and the GCAA, they can then approve and give us the Category 1 rating.” Mrs. Cecilia Abena Dapaah, outgoing Minister of Aviation, who addressed the Meet-the-Press session, said the absence of the Category 1 was a challenge to the aviation sector as airlines registered from Ghana could not fly to the USA.

She, however, noted that the Ministry and its agencies were working with international stakeholders to ensure Ghana regained that.

Mrs. Dapaah said the Ministry had other projects planned for the sector in the medium and long term. These included the establishment of a Maintenance, Repair and Overhaul facility at the Tamale Airport, development of an Aerotropolis at Anakaase in the Ashanti region and Ningo-Prampram, construction of an airport at Sumbrugu in the Upper East region and cargo and storage facilities at the Kotoka International Airport, among others.