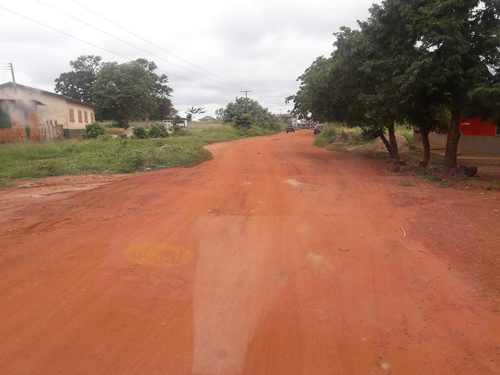 Deplorable road networks in the Upper Denkyira East Municipality of the Central Region, is hampering efforts by the Ghana Health Service (GHS) to provide quality healthcare to the people of the Area.

Dr Kwabena Sarpong, Municipal Health Director said maternal and infant mortality, had been on the increase whereas respiratory tract infections had also become one of the top 10 OPD attendance of health centres within the Municipality.

The respiratory diseases are as a result of the dusty roads mixed with the high exhaust fumes from vehicles, which have become rickety due to the poor roads.

The bad roads he said were adversely impacting on healthcare delivery and therefore implored the government to as a matter of urgency, fix the roads in the Municipality to save lives.

“What we have come to realise is that, the rough nature of the road network is significantly having an impact on the health of the people and that is partly causing their deaths”, Dr Sarpong lamented.

According to him, apart from Dunkwa, almost all the roads were not tarred and described the situation as “terrible”.

Dr. Sarpong expressed these sentiment when the Denkyiraman Association- UK and the Ghana International Bank donated some medical equipment to the Dunkwa-On-Offin Municipal hospital on Tuesday.

He said, the dry season had made the level of dust in the area ”quite terrible and we are seeing a lot of respiratory tract infections such as cold, pneumonia and other chest disorders and that is reflecting in our top ten OPD attendance”.

He was confident that once the roads were fixed, it would significantly reduce the incidence of respiratory tract infections recorded in the Municipality.

The Municipal Health Director said the Dunkwa-On-Offin Municipal Hospital had over the years lacked essential medical equipment such as incubators, ambulances which often made healthcare delivery very difficult.

He expressed joy for the donation and said the equipment were very essential and would go a long way to improve healthcare delivery.

Mr Kweku Ackon Badu-Addo, Secretary General of the Association who gave a brief background of the activities of the Association said it was formed in 1991 to unite all Denkyira citizens in the UK to assist in the development of the Denkyira Kingdom.

He explained that it had over the years given immense help in the area of health and education and implored all Denkyira indigenes in the Diaspora to form similar associations to give back to their people.

Mr. Badu-Addo said the donation was made possible through the sacrifices of its 30 members who exhibited great commitment to improve facilities at the Hospital to facilitate quality healthcare delivery to the people of Denkyira.

He tasked the hospital’s authorities to take good care of the equipment as that would pave the way for more support from other institutions and associations.