August 9, 2018 General News Comments Off on Ghana Institute of Journalism gets new Rector 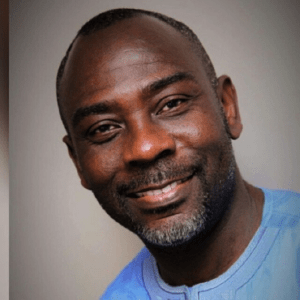 The Governing Council of the Ghana Institute of Journalism (GIJ) has appointed Professor Kwamena Kwansah-Aidoo as the new Rector of the Institute.
Until his appointment, he was professor of Public Relations (PR) and Marketing at Swinburne University of Technology in Australia.
A statement signed by Mrs Patience Sowah, the Acting Registrar of the Institute and copied to the Ghana News Agency in Accra on Wednesday said.
A brief of Prof. Kwansah-Aidoo indicates that he was a communication scholar with extensive research interests in media and communication studies.
Prof Kwansah-Aidoo, established Monash University’s Public Relations programme in the early 2000’s before moving to Swinburne in 2007, where he became Associate Dean, International, in 2011.
The New GIJ Rector had published widely in the areas of PR, media, and communication as well as authored and co-authored several books.
“Prof Kwansah-Aidoo considers himself an African ‘world citizen’, having studied and worked in different countries and continents”.
He was a visiting scholar at Texas Christian University, an external examiner for a number of universities abroad, and visiting Professor at the Ghana Institute of Management and Public Administration,” the statement added.
According to the statement Prof Ansu-Kyeremeh, Chairman of the GIJ Governing Council, urged the New Rector to “put the Institute on a new pedestal for academic excellence and growth”.
He said the Council went through an elaborate recruitment process to arrive at the selection of the new Rector and therefore had high expectations of him.
The Chairman of the Council commended the interim management team that had been in charge of the Institute since February, this year.
At a welcome meeting with management, and later with the entire staff, Prof Kwansah-Aidoo pledged total commitment to his work and to the founding ideals of the Institute, assuring to work with all staff to advance the potential of GIJ.
The Ghana Institute of Journalism was established in 1959 as a citadel of training and learning for journalists.
In 2006, the Institute was granted a charter to award its own degrees and diplomas. The Institute continues to play a pivotal role in the nation’s human resource in critical areas such as communication, media, and journalism.
Source: GNA