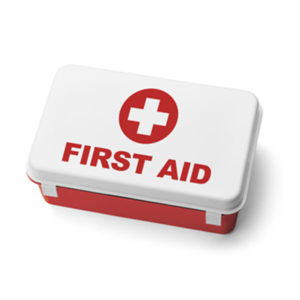 Dr Kwame Apedzi, the Chief Executive (CEO) of St John Ambulance Ghana (SJAG), has called on all employers and labour unions to ensure that they are trained in first aid.

There is the need for employers to ensure that first aid boxes are available in their organisations, a statement signed by Dr Apedzi, the CEO of SJAG and copied to the Ghana News Agency, has said.

“First Aid is the quick response to anyone who is injured or taken ill. It requires the demonstration of skills to help the injured quickly, before a definite care in the hospital. Such pre-hospital care is mandatory for employees under the Factories, Offices and Shops Act, Act 328 of 1970.

Section 28 of the Act 328 makes it obligatory for first aiders and first aid boxes to be available in every workplace.

“The purpose of first aid training is not to turn trainees into medical doctors, but to equip the individuals with knowledge and skills to help each other in medical emergency situations,” it said.

The statement said this statement was made during the commemoration of the 81st Anniversary of SJAG held in Accra.

Lamenting that institutions, both public and private, were not investing in First Aid and health and safety in general, although there are enough laws for that, the statement said, Dr Apedzi reiterated that it is sad that, a programme to ensure that all vehicles carry First Aid kits, ended up with some challenges, forcing the Driver and Vehicle Licensing Authority (DVLA) to suspend the programme.

“St John supports such programmes as it is a unique way to make drivers get first aid kits in their vehicles,” he said.

It said the Chief Executive of SJAG expressed the hope that the DVLA would be given the opportunity to look at the challenges again and make drivers have first aid kits when they are doing renewal of their documents.

According to the statement, the Inspectorate Division of the Ministry of Employment and Labour alone could not go round to verify whether institutions abide by the tenets of Act 328 and it was time employers and labour unions negotiated on how best first aid boxes and training could be made available to their institutions.

He said there were different forms of first aid and the the major content entails how to help a person with respiratory challenges, inhalation of fumes, chocking, how to stop bleeding, seizures (epilepsy), fainting, heart attack, cardiopulmonary resuscitation (CPR) and the usage of automated external defibrillator (AED), among others.

It said as part of Ministry of Health’s mandate, SJAG has given First Aid training to organisations nationwide including school children of which over one million have received First Aid education through our School Club programmes nationwide.

SJAG gives First Aid in all sport stadia in the country as well as during national events such as Independence Day, May Day, Farmers’ Day, National Elections, among others.

“In collaboration with some private Health and Safety institutions such Renaissance, Oschpro and Chichi, St John will continue to create awareness on the need for first aid training and Act 328,” the statement added.