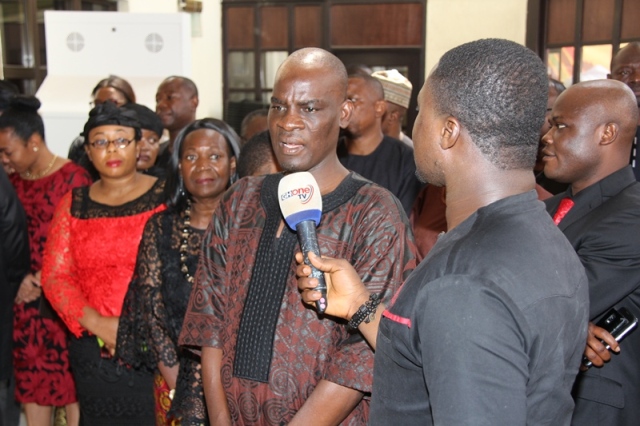 “May we celebrate the life of Kwesi Bekoe Amissah-Arthur by rededicating ourselves to the ideas of respect and decency in public office he so espoused,” Mr Iddrisu stated on Friday, in his tribute to the late former Vice President at the main auditorium of the Accra International Conference Centre.

“It would be only a befitting memorial to our fallen hero to now rise as a nation to the pressing call to fully resource the National Ambulance Service with enough vehicles and well-trained personnel to respond expeditiously to inevitable emergencies nationwide,” he added.

He said only then would we be worthy of our word when we again say, “Never again”.

He would be laid to rest at the new Military Cemetery at Burma Camp, Accra.

In honour of him, the Government had decided to rename the Morri Sensor High School as Amissah-Arthur Senior High School.

Late Amissah-Arthur, a definition of a gentleman – Govt’s tribute