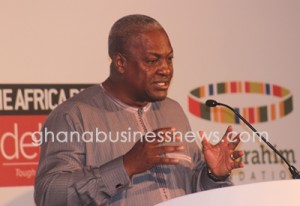 The Group, which will be deployed to 10 provinces across the country will remain in Zimbabwe after the election till August 06.

Speaking to various stakeholders on his arrival at the Southern African country, the former Ghanaian President expressed gratitude to Right Honourable Patricia Scotland, Secretary General of Commonwealth for choosing him to lead the delegation.

He said the Observer Group was made up of 23 eminent people from across the commonwealth including; representatives from Africa, Asia, Europe and the Pacific.

“We are here until the 6th of August at the invitation of the government of Zimbabwe.

“The Observers constituting this mission have a great depth of knowledge and experience not only of electoral and political processes, but of civil society, humanrights, Gender, media and youth issues.”

He said the last time the Commonwealth observed elections in that country was 1980 and the election of 2018 was critical for the purpose of democratic consolidation.

Former President Mahama said as independent observers, their mandate was to consider factors that affected the credibility of electoral process and report on whether the voting had been conducted according to the national, regional and international standards to which Zimbabwe had committed itself.

Low contribution of science, cause of underdevelopment – Frimpong-Boateng