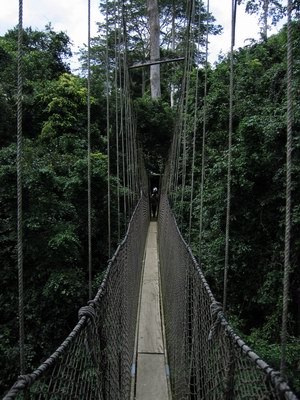 The drive to make Ghana a preferred tourism destination has received added momentum as a video documentary on the country’s slave castles captivates global attention.
In the one month that the video was aired on CNN Programme – “Inside Africa”, it was viewed by 5,416,000 people, and some of them, watched the documentary more than once.
A “Transmission Certificate” presented to the Ministry of Tourism, Arts and Culture confirmed the figure and showed that 2,124,000 viewers classified as “frequent international travelers” and 1,533,000 “frequent leisure travelers”, alongside others, were reached worldwide.
The documentary – ‘CNN and Be Ghana’, an initiative of the ministry, is part of an aggressive campaign to boost tourist arrivals.
Mrs. Catherine Abelema Afeku, the Sector Minister, spoke to journalists in Accra about the content of the transmission certificate and said the package also included a 15 second teaser digital campaign on CNNMoney.com and extensive editorial coverage of Ghana’s cocoa industry on CNN’s Marketplace Africa.
The teaser digital campaign received 214,691 impressions with 7,801 clicks in the United States of America; 215,150 impressions with 6,543 clicks in Europe, and 214,672 impressions with 5,626 clicks in Africa.
The 30 minute television documentary focused on the Elmina castle where CNN’s cameras followed the journey of a man who gave his name as Bartels, a diaspora African.  After years of searching, he had traced his roots to Elmina and wanted to see and hear at first hand, what his ancestors went through from capture to shipment to the Americas.
In the middle of the conducted tour, the tour guide’s words hit him with such paralyzing impact that Bartels broke down, crying. “They are calling me,” the sensitive sound equipment of CNN caught him muttering to himself.  His emotions were palpable.
Mrs. Afeku with teary eyes remarked: “This video is worth more than a million words.”
She said it was important for viewers to note that what Bartels, the returnee did in the video was not acting.
“He was not acting out a role. The experience meant everything to him as a man whose ancestors were victims of the African holocaust of the 18th and 19th centuries.”
Asked to predict the expected outcome of this investment, Mrs. Afeku said the government’s expectations went beyond financial returns.
“Yes, we need the diasporan Africans to come in their numbers. In fact, I have told myself, as Minister of Tourism, Arts and Culture, that 20,000 tourist arrivals from North America is not enough. We need in excess of one million African Americans to respond and come to Ghana.”
She added that, “it is not necessarily for their money as tourists. It is more important for us that they come as returnees on a journey of discovery”.
The Minister referred to the recent creation of a ‘Journey of Return’ tunnel in addition to the original ‘Point of No Return’ in the slave castles and said “they will come, in their millions; they will go through the tunnel, and they will have closure to their search and the many questions that had haunted them for decades. Then they will have arrived back to their roots’.
“This is what I meant when I told the Parliamentary Appointments Committee during my vetting in 2017, that I was born for this cause: that in my lifetime, the African American and Africans in other parts of the diaspora, will, some day, through a major intervention which I will either champion or which I will be involved in, come back home on a journey of discovery, to see and learn the truth of their past.”
She applauded President Nana Addo Dankwa  Akufo-Addo for the attention tourism was receiving under his presidency, pointing out that Ghana’s bold ambitions would come to naught without the financial wherewithal.
“Don’t forget that it is under his Presidency that tourism has received the highest budgetary allocation in a very a long while,” she added.
Industry players are impressed by the quantum of investment in the campaign by Ministry as well as the innovative use of powerful images on CNN.
Source: GNA