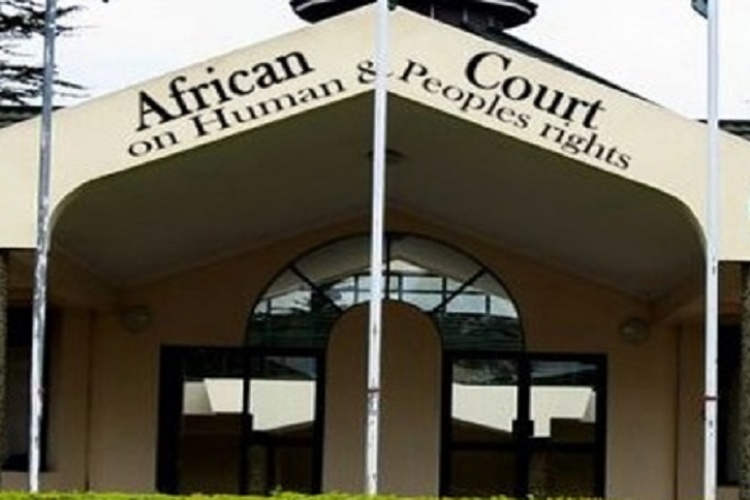 The African Court on Human and Peoples’ Rights has rolled-out mechanism to equip two Economic Community of West African States (ECOWAS), Republic of Sierra Leone and Liberia to deepen state actors understanding of the Continental Courts jurisprudence.
The African Court team headed by its President, Justice Sylvain Ore, will visit Sierra Leone from August 2 to 3; and Liberia from August 6 to 7.
The team will hold seminars for human rights stakeholders in the two countries and also pay courtesy calls on the respective Presidents, Ministers of Foreign Affairs, Ministers of Justice, Speakers, Heads of Constitutional Courts, Human Rights Commissions and Bar Associations, among others.
Justice Ore told the Ghana News Agency in an interview that the ECOWAS sensitisation mission forms part of the on-going efforts of the African Court to interact with different stakeholders in order encourage the States to ratify the Protocol establishing it.
He said the African Court has embarked on the continental stakeholder engagement to encourage States to deposit the declaration under Article 34 (6), which allows direct access to the Continental Court by Non-Governmental Organisations and individuals.
Justice Ore said so far, 30 out of 55 African Union (AU) Member States have ratified the Protocol and only eight of them have deposited the declaration. The eight States are: Ghana, Benin, Burkina Faso, Côte d’Ivoire, Malawi, Mali, Tanzania and Tunisia.
Both Sierra Leone and Liberia are yet to ratify the Protocol establishing the African Court.
The African Court President commended Sierra Leone and Liberia, which according to Justice Ore, have made tremendous democratic gains in recent years.
“I encourage them to ratify the Protocol and to deposit the declarations,’’ Justice Oré stated.
The Continental Court was established by virtue of Article one of the Protocol to the African Charter on Human and Peoples’ Rights.
It was to complement the protective mandate of the African Commission on Human and Peoples’ Rights, with a view to enhancing the protection of human rights on the continent.
Justice Ore explained that the success of the African Court as a human rights protection mechanism requires a wider ratification of the Protocol by Member States, as well as their acceptance of the competence of the Court, by making the declaration under Article 34(6).
“This universal ratification will give the Court the legitimacy it needs to effectively discharge its mandate,” he said.
He said since December 2010, the Court has carried out continent-wide promotion programmes, which have so far seen it undertake 25 national sensitisations.
Justice Ore said the main objective of the sensitisation visits is to enhance the protection of human rights in Africa.
He said other objectives include raising awareness about the Court; encouraging the ratification of the Protocol and deposit of the Declaration that allows individuals and NGOs direct access to the Court.
Justice Ore said the team would also sensitise would-be applicants on how to access the Court and the procedures before the Court; encouraging the public to utilise the Court in settling human rights disputes and encouraging the utilisation of the Court for advisory opinions.
Source: GNA

EC must get back to work – outgoing US Ambassador

Lower courts to be merged – CJ