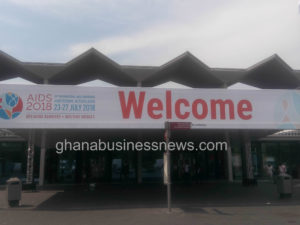 A groundbreaking new report by the Global Commission on HIV and the Law has identified discrimination against vulnerable and marginalized communities as hampering the global effort to tackle the HIV epidemic.

Despite more people than ever before having access to antiretroviral treatment, the new report emphasized that governments must take urgent action to ensure rights-based responses to HIV and its co-infections (tuberculosis and viral hepatitis).

The new report comes on the eve of the biannual global AIDS conference, which is taking place in Amsterdam and monitored by the Ghana News Agency.

The Global Commission on HIV and the Law – an independent Commission convened by UNDP on behalf of UNAIDS – operates with the goal of catalyzing progress around laws and policies that impacted people affected by HIV.

In 2012, the Commission highlighted how laws stood in the way of progress on AIDS, while citing how to institutionalize laws and policies that promoted human rights and health.

The 2018 supplement to the Commission’s original report assessed new challenges and opportunities for driving progress on HIV, tuberculosis and viral hepatitis through evidence and rights-based laws and policies.

Mr Mandeep Dhaliwal, the Director of Health and HIV at UNDP said “Progress on tackling the AIDS epidemic shows that when we work together we can save lives and empower those at risk.

“However, the new report is also a warning that unless governments get serious about tackling bad laws, the overall AIDS response will continue to be undermined and we will fail those who are left behind.”

For the past six years, the Global Commission has made clear how marginalized groups were continually left behind in the global HIV response.

Men who had sex with men, people who use drugs, transgender people and sex workers faced stigma, discrimination, and violence that prevented their ability to receive care. The LGBT populations were still under attack in many countries around the world.

The report observed that young women and adolescent girls were also uniquely affected by HIV and were not receiving adequate care. In 2015, adolescent girls and young women comprised 60 percent of those aged 15 to 24 years living with HIV and almost the same percentage of new HIV infections were among this cohort.

“Global politics are changing, and repressive laws and policies are on the rise,” said Mr Michael Kirby, former Justice of the High Court of Australia.

The report warned that shrinking civil society space due to government crackdowns was hampering the HIV response as marginalized groups were seeing key health services cut off. The fight against HIV, tuberculosis and viral hepatitis will only be won if civil society was empowered and able to provide services, mobilize for justice and hold governments accountable.

Dr Shereen El Feki, Vice-Chair of the Commission, said “in the wake of the ongoing global refugee crisis, borders have tightened and access to health services has been restricted for millions of migrants exactly the opposite of what is needed.

“Condemning people who have left their homes to seek safety, strips them of their human rights and in the process increases their vulnerability to HIV and its co-infections.”

Refugees and asylum seekers were often at high risk of HIV and overlapping infections like tuberculosis, but harsh laws restricted health care access. Laws must change to ensure that everyone, no matter where they were from, could receive quality health services.

It said the world was also still off track in funding responses to HIV, tuberculosis and viral hepatitis: in 2015 – the same year that countries adopted the 2030 Agenda for Sustainable Development and its pledge to leave no one behind – donor funding for AIDS fell by 13 percent.

Planting for Food and Jobs yields 707,150 metric tons of cereals and legumes – Minister