GES Council to deal with teachers for unprofessional conduct 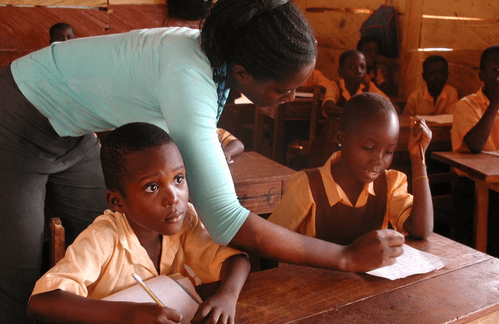 The Ghana Education Service (GES) Council has warned teachers who have resorted to the capturing on their mobile phones and sharing on social media, the mistakes of their pupils and students, to desist from the act or face punishment.

Mr Michael Nsowah, the Council Chairman, described the behaviour as unprofessional and uncalled for, stating that steps were being taken to punish those involved.

“The attention of the Council has been drawn to such unprofessional conduct by some teachers in recent times, and we think this is uncalled for. We are, therefore, taking the necessary steps to punish those involved in such practices,” Mr. Nsowah, told a congregation of the Jackson College of Education in Kumasi on Saturday.

He said the trend if not checked could demoralize and also wane the confidence of up and coming learners as they sought to build their educational careers.

“Enhancing the Quality of Education in Private Higher Institutions in Ghana”, was the theme.

A total of 1, 393 teachers were awarded Diploma in Basic Education after completing their courses through the distance education mode.

This brings to 10,300, the number of teachers produced so far by the College since 2009, and the majority of them serving in the nation’s deprived and rural areas.

Mr Nsowah said it had become imperative for Ghanaian teachers, especially those in public schools, to continue to further their education at the highest level in order to be relevant for today’s educational demands.

He hinted that the GES was embarking on reforms to ensure that all teachers serving at the basic level had at least a first degree before they could be allowed to teach in the classroom.

The Council Chairman lauded Professor and Mrs. Jackson for their vision in establishing the College, an affiliate of the University of Education, Winneba (UEW), as it had contributed immensely to developing the professional skills of teachers.

Mrs Theodosia Wilhemina Jackson, Principal of the College, advised the teachers to uphold the ethics of their profession.

They should always demonstrate high level of discipline and integrity to help maintain the good image of the profession.

The College, she said, would not relent in introducing innovative academic programmes to expand the scope of knowledge of teacher trainees to augment the nation’s educational growth.