Residents appeal for reconstruction of bridge over river Tano 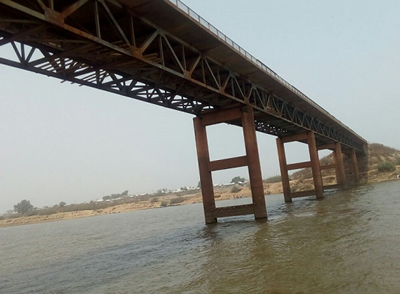 The residents of Ntotoroso-Gyedu and its environs have appealed to government to reconstruct the bridge over the Tano River on the Ntotoroso-Achirensua feeder road to promote economic activities in the area.

On the other hand drivers from Kumasi and other parts of the country towards the area had to travel further through Hwidiem-Kenyasi and in addition farmers in the two sister towns could not cross to their farms at locations beyond the bridge.

The residents made the appeal in an interview with the Ghana News Agency (GNA) on Wednesday at Ntotoroso in the Asutifi North District of Brong-Ahafo Region, when some of the residents took the GNA to the scene to witness the situation.

The bridge had been submerged as the River had overflowed its banks and therefore vehicles could not ply the road.

Mr Kofi Nti, a citizen of Ntotoroso, explained to the GNA that “the River overflows its bank at least three times in a year as a result of heavy rains but the size of the bridge is not wide and long enough, hence the flooding on the road during those times”.

He repeated the appeal to government for the reconstruction of the bridge to make it wider and longer to be able to contain the flood waters, claiming that it was built in the 1960’s and had never been rehabilitated.

The Tano River takes its source from Tuobodom in the Techiman North District, passes through Techiman Municipality, then Tanoso in the Tano North Municipality and the Asutifi North and South Districts all in the Brong-Ahafo Region.

One Village, One Dam programme launched in Savelugu