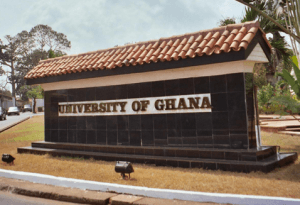 Representatives from the four male halls from the three major universities across the Country, has met to form a common bond between rivalry halls to create opportunity for fellow members to attend programmes without fear of being injured.

The University Hall, Commonwealth Hall, Unity Hall and Casley Hayford Hall have pledged to promote a healthy relationship amongst themselves.

In a meeting with the press, Mr Samuel Sadat Saeed Afari, the Former General Secretary of Katanga, University of Science and Technology, Kumasi, said unhealthy rivalry had over years weakened the core values, and shattered the dreams of most students who get paralyzed or injured whenever there were clashes.

He said it had undermined the security of students making the campuses and universities unsafe for inter-halls and inter-university programmes, adding that, if these scars from the negative actions of male halls were not curtailed, it would plunge the nation into a national crisis that will divert resources from nation building to unprofitable expenses.

Mr Asare said “this conference, will usher fellow students into a fraternity that will attempt to halt unhealthy rivalries”.

He announced that, with the aid of Young Africans for Opportunities, the male hall fraternities throughout the country would deliberate and consider possible plans of forming an all-male halls fraternity.

He said “a general platform will be created to bridge the communication gap between these halls; capacity building initiatives would be enrolled to make sure that member institutions equip themselves to be effective in discharging their duties and a committee will be formed to champion the course of this fraternity”.

He encouraged all members in the boys’ halls across the country to come and support this course so that the group’s influence would not be limited to the scope or confines of the three universities mentioned but extend to the country at large.

Shea production said to be vital for Ghana’s industrial transformation