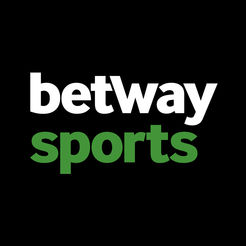 The event was held yesterday at the Swiss Spirit Alisa Hotel in Accra.

The novelty event which sets out to unearth rising talents across the country was introduced last year by Ghana’s forerunner in sports gaming and this year’s hunt cuts across the length and breadth of the country in search of young aspiring footballers within the ages of 18 and 25.

Players who excel will later be recruited after being tried and tested through a series of screening exercises by an experienced scouting team led by former Black Stars skipper and current technical coordinator of the Black Stars, Stephen Appiah.

The Talent Search trials is set to take place over a 5-week period commencing from August 4 – September 8.

According to the organisers, talented players can join the trials in Tamale on Saturday, August 4 at the Nabisco Park, then Sunyani on Saturday, August 11 at the Coronation Park, Kumasi at the Opoku Ware Park on August 18, Cape Coast at the Adisadel Park on the August 25 and the final train lands in Accra on September 1 at the University of Ghana Stadium.

Last year’s winner, Obed Appiah, earned a six-month trial contract with Premier League club, Ashanti Gold S.C, while Douglas Armaning and Mukaila Ahmed were offered a three-month and a month’s trial contract for placing second and third respectively. Douglas remains a player on the Books of Ashanti Gold S.C currently and spoke in a video about how the opportunity he got had changed his life.

Stephen Appiah was optimistic about the quality of players out there and expressed excitement for the numerous opportunities the betting company is providing to the development of football in Ghana.

Eight individuals would win trial contracts with any of four Premier League clubs as the grand prize, a reward that is said to be unique on the talent scouting terrain in Ghana.

The Betway Group is a leading provider of first-class entertainment across sports betting, casino, bingo and poker.

Policeman held in custody over savage assault of nursing mother