Cannabis use on the rise globally: Time to consider its legalization in Ghana? 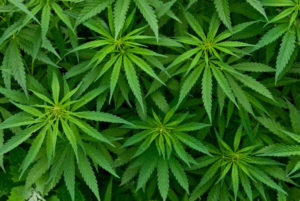 Cannabis consumption is on the rise globally, despite it being classified in many jurisdictions, as narcotic- this is according to the United Nations Office on Drug and Crime (UNODC) drug report 2018.

Notwithstanding its classification as a narcotic drug in Ghana and many parts of the world, 192 million people across the globe admitted to using the drug at least once in the past year.

The global rise in the number of cannabis (in all forms) users to appear to have increased by roughly 16 per cent in the decade ending 2016, which the report says is in line with the increase in the world population.

Cannabis is used in three main forms: marijuana (herb), hashish and hash oil. Most people who are known to use cannabis, do so to experience a sense of mild euphoria and relaxation, often referred to as being “high”. Cannabis has the tendency to cause changes in the mood of the person taking it in, and also affects how they think and perceive the environment.

In addition to being the most widely consumed drug worldwide, cannabis continues to be the most widely produced. In most countries, cannabis is the drug most widely used, both among the general population and among the youth. A global estimate by UNODC, based on available data from 130 countries, suggests that in 2016 13.8 million young people (mostly students) aged 15–16 years used cannabis at least once over the previous 12 months, equivalent to 5.6 per cent of the population in this age range.

The availability of medical cannabis and the legalization of cannabis for recreational use in many jurisdictions in North America, the report notes may have contributed to the 27 percent decline in the seizure of cannabis herb globally, which was 4,386 tons in 2016.

Of the 8,607 tons of drugs seized in 2016, cannabis in all its forms contributed 6,313 tons representing 73.35 per cent of all drugs seized in the year under review. Pharmaceutical opiods such as tramadol represented about 1.5 percent.

In Ghana however, anything having to do with cannabis in all of its forms is unlawful without authorization.

Ghana’s narcotic laws, which control all dealings with narcotic drugs, PNDC Law 236 is the exact law that criminalizes narcotic drugs such as cannabis and recommends an imprisonment term of not less than 10 years if found guilty.

The debate as to whether to legalize and decriminalize the use or any other activity related to cannabis is still ongoing in Ghana. Some sections of the public are of the view that decriminalizing cannabis has economic prospects given its high demand globally particularly in North America where the use of cannabis is accepted for medical as well as recreational purposes.

One prominent Ghanaian, who has added his voice in support of the legalization and decriminalization of cannabis in Ghana, is no less a person but the sitting Director of the Foods and Drugs Authority, Prof Alex Dodoo.

Prof Dodoo told parliament that cannabis has huge economic prospects and Ghana could benefit greatly from the export proceeds of the plant and that it’s about time the country took a firm decision on taking advantage of the herb.

“In the UK, for instance, one can purchase nicely and neatly packaged marijuana from stores for both medical and social use,” Prof Dodoo said, adding, “Even though Ghana does not need the medical use of the drug, it will gain immensely from its exportation if it is legalized.”

However, other sections of Ghanaians, including Dr. Kwesi Anning, the Director, Faculty of Academic Affairs & Research, at the Kofi Annan International Peace-Keeping Centre (KAIPC), believe otherwise, stating that in almost every single country where there’s marijuana production and transformation of the ‘wee’ leaves itself into oil those countries have had several problems – therefore under no circumstance should the use of cannabis, locally known as ‘wee’ be legalized.

In an interview with Starr FM in 2017,  Dr. Anning said, “It’s not just about marijuana as a recreational drug, we don’t have the resources to deal with those who get hooked onto it. Normally, marijuana is just the beginning before you get onto something else. Marijuana oil is dangerous and it’s powerful, I just don’t get these powerful men who wait until they leave office and say let’s legalize it.”

But even before an official discourse is opened on the matter by those charged with the responsibility to control narcotics and enforce the law on narcotics, let’s critically analyze our preparedness by looking at how some countries or states in which cannabis is legalized are “faring” with the legalization of the substance.

Recently, the non-medical use of cannabis has been allowed in eight state-level jurisdictions in the United States, in addition to the District of Columbia. Colorado was one of the first states to adopt measures to allow the non-medical use of cannabis in the United States. According to the report, cannabis use has increased significantly among the population aged 18–25 years and older in Colorado since legalization, while it has remained relatively stable among those aged 17–18 years.

Consequently, Colorado has seen a marked increase in cannabis-related emergency room visits, hospital admissions, and traffic deaths, as well as instances of people driving under the influence of cannabis.

The UNODC report also captured Uruguay, where up to 480 grams per person per year of cannabis can now be obtained through pharmacies, cannabis clubs or individual cultivation. Cannabis regulation in the country allows for the availability of cannabis products with a tetrahydrocannabinol content of up to 9 per cent and a minimum cannabidiol content of 3 per cent.

The report however added that it is too early to determine the impact of latest developments in recreational cannabis regulations.

Analyzing the case study in Colorado carefully, it is evident that legalizing marijuana comes with its health and social challenges. Even in developed countries like the United States of America, where systems and robust structures are put in place to regulate drug use, they seem to have problems dealing with people who get hooked onto the drug.

“Many countries still fail to provide adequate drug treatment and health services to reduce the harm caused by drugs,” the report noted. “One in six people suffering from drug use disorders
received treatment for those disorders during 2016, which is a relatively low proportion that has
remained constant in recent years,” it added.

Considering our health system and emergency response system, is Ghana really ready to deal with the increased emergency cases and hospital visits that are likely to arise if marijuana is made legal in Ghana?

Perhaps in the future, “yes” we may be ready, when we have the necessary health and regulatory systems but as it stands now, ‘No’.  Ghana lacks the capacity and the necessary resources to deal with the ramifications of legalizing cannabis.

By Bismark Elorm Addo
Copyright ©2018 by Creative Imaginations Publicity
All rights reserved. This article or any portion thereof may not be reproduced or used in any manner whatsoever without the express written permission of the publisher except for the use of brief quotations in reviews.