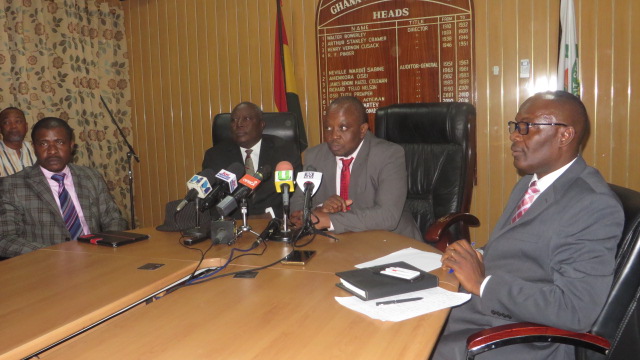 Mr Daniel Yaw Domelevo, the Auditor General, has announced plans to conduct a construction audit on projects being implemented by government.

The goal was to make sure that there was value for money for all the projects.

He made this known when the Special Budget Committee of Parliament paid a working visit to the Audit Service in Accra.

The members were there to interact with officials of the Service and to find out whether monies approved by parliament had been used for the intended purposes.

It had already started auditing the books of the University of Ghana and he said the other public universities would follow soon.

He praised the committee for helping to get the Ministry of Finance to release 50 percent of their budget upfront.

This enabled the Service to submit four of its audited reports to the Parliament this year, something which had never happened before.

He said although the quantum of the release was quite satisfactory, it should have come much earlier because the timeliness of the audit reports was relevant to the fight against wastage, abuse of public funds and leakages in the system.

“If we want fiscal space to develop the country we either increase revenue or reduce cost and where there are costs which are illegitimate we must go after them” he added.

Mr Haruna Iddrisu, the Minority Leader, called for strong backing for the Auditor General to help him to carry out his mandate under the Constitution.

He assured him of parliament’s support in the effort to combat corruption, reduce malfeasance, embezzlement, misappropriation and related issues that affected the public purse.

He urged him to pay particular to the health and education sectors where there were likely to be breaches of the law in terms of payroll fraud.