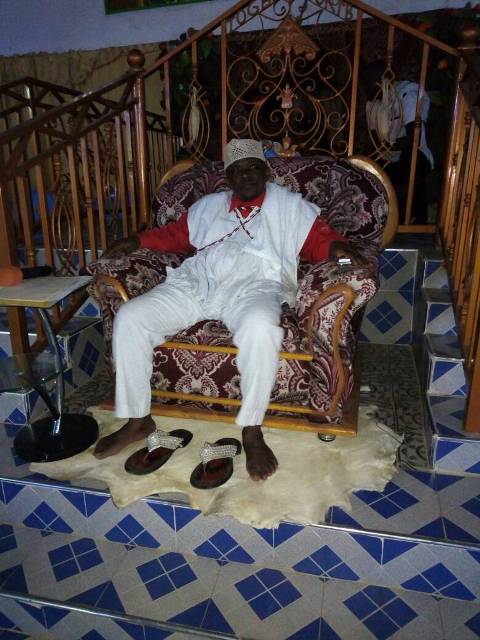 Prophet Torgbe Kwaku Anaglasi, the Founder of the New Gavriel Enlightenment Traditionalist Church has appealed to the Government for the institution of National Traditional Day on the Ghana’s calendar.

He said this would be in fulfilment of Article 12(2) of Chapter Five of the 1992 Constitution to respect the rights and freedoms of other religions.

Prophet Anaglasi made the appeal at a durbar to ordain and usher into office three members of the church as pastors namely Francis Goda, Ms Charity Doe, and Mark Edi.

They would be in charge of the branches of the church at Kpevibor in the Greater Accra Region, Torgome in the Volta Region and Somanya Kotokoli in the Eastern Region respectively.

Prophet Anaglasi said he established the Gavriel Enlightenment Traditionalist Church in 2000 to promote ancestral form of worship under the traditional religion.

Nana Kofi Ngoroh II, the Chief of Huni-Valley Amoanda in the Western Region and the Guest Speaker called on the government to prevail on Christians to accord the traditionalists their rights to religion and freedom of worship.

He said: “Some Christian pastors insult the gods in which we believe protect the lands, rivers, mountains, forest and the rest,” stressing that such acts tarnish our image as traditional worshippers and it must be stopped.”

Nana Ngoroh appealed to President Nana Addo Dankwa Akufo-Addo to take into consideration the performance of traditional rites at state functions which had been the custom from time immemorial for the peace and prosperity of the country.

Nana Ohenewa Abenikwapong a prophetess at Akuapem Akropong who was present to grace the occasion also supported the call for the institution of the Traditional Day in the country for the spiritual upliftment of society.