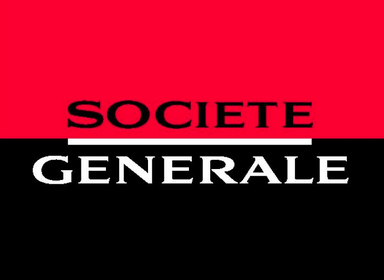 Management of Societe General (SG Ghana) says the bank is ready to meet the minimum capital requirement by end of September 2018.

Mr Sonle Yeo, the Managing Director, SG Ghana, said the Bank’s major shareholders were commitment to the contribution of meeting the requirement.

Mr Yeo, speaking at the Facts behind the Figures programme on the Ghana Stock Exchange, said the Bank was now providing the right products to their customers to help them manage their accounts better.

He said the bank unveiled its transformation programme in late 2015 and started implementation in 2016 to develop innovative products and channels and fostering digitisation, improving their operational efficiency, fostering intimacy and developing their human capital.

He said Societe General had strong growth in its portfolio because of transformation programme, adding that, the bank’s net loan growth was 49.7 per cent year on year against the market average growth of 6.8 per cent.

The Managing Director said on deposits evolution, the bank had an increase of 11.2 per cent year on year and the growth was due to the aggressive deposit mobilisation campaign and the introduction of their new cash management solutions for corporate customers.

He said the Bank would continue to be a credible partner to government in the execution of its developmental agenda.

He said management of the Bank were working with the Bank of Ghana to launch its Mobile Banking platform and the Mobile wallet service.

He explained that within the period the Bank had invested in digital move, innovative branches and capital increase.

On staff development, the Managing Director said there was positive atmosphere; strong commitment from staff; recruitment of talents of 150 graduates and engagement of 180 National Service Personnel.

He noted the Bank had initiated a solar plant project to provide renewable sources of energy to the head office building, it was a 267 Kwp Hybird PV plant located at its Car park.

He expressed the confidence in the sustainable continuous growth of their business based on their operational efficiency, strong permanent dynamic compliance culture and eventually, the trust of their customers.

Classrooms must be inclusive friendly to implement Inclusive Education- Lecturer