A good leader must relate well with people-Rev. Johnson 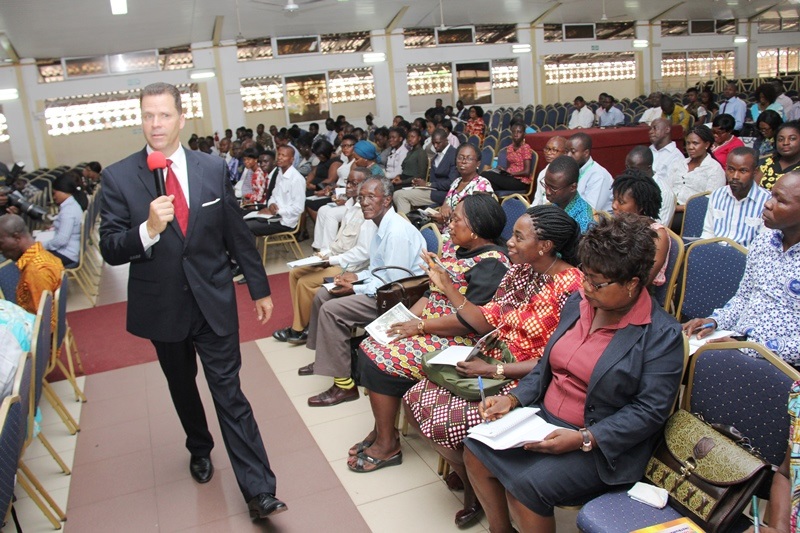 Reverend Gregg T. Johnson, the Founder and President of Global Leadership Training, USA, has urged leaders in all spheres to use their position to serve the people they lead instead of issuing commands.

He said “leadership is about the people, caring for the people who are under your care, pulling them together in a united front to achieve a specific goal in the interest of the society as a whole”.

Rev Johnson gave the advice on Tuesday at the 10th West African Leadership and Capacity Building Conference in Accra.

The four-day conference, which was on the theme: “Advancing Your Leadership Call,” brought together Religious, Political, Civic and Corporate leaders to develop core competencies to acquire the principles of leadership.

According to Mr Johnson, there were five levels of leadership-the position or title leader, a relationship leader, a productive leader and a coaching leader.

He explained that a position leader was a leader because of the title while a relationship leader builds a good rapport with the people and able to influence them in an efficient and effective manner.

He stated that “a relationship leader is a good listener, who listened to understand without reaction, a good observer who is aware of other people and a good learner, who learns from others”.

Rev Johnson said it was imperative for all leaders to be productive in the discharge of their duties and generate the positive outcomes, with the requisite credibility and competence.

“A productive leader must be willing to position people properly to enhance productivity and demonstrate creativity and identify obstacles to solve problems”.

He said a coaching leader, was one who was followed because he adds value in the lives of the people he leads, adding that some leaders demand loyalty from their people instead of earning it.

Mr Johnson said trust promoted prosperity in every dimension of leadership and organisational management and explained that leadership was an authority given by God.

“A coaching leader is able to recruit people, position them strategically for a specific duty and empower them to a greater height”.

He called on leaders and individuals to govern its people in honesty, transparency and integrity and as well meet the needs of others in the society.

Rev Charles Mulema Kinusa, the General Overseer of Gospel Centres International, Kenya, said a successful organisation must have a compelling vision, adding that, ‘a vision without actualisation is nothing’.

Rev Kinusa said a leader with vision must have a content with clear message, have elements of cooperation and collaboration as well as credibility.

Topics to be discussed at the conference include the dynamics of leadership, maintaining integrity as a foundation for enlargement, the toxic twins of leadership, pride and entitlement among others.