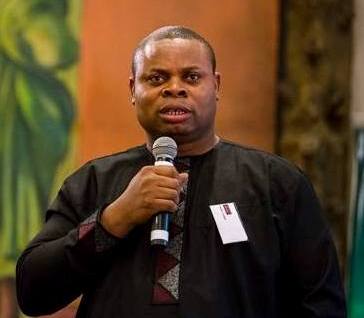 IMANI Ghana, a Policy Think Tank, has kicked against attempt by government to impose additional taxes, saying the move would impact negatively on the living conditions of Ghanaians.
Mr Franklin Cudjoe, the President of IMANI Ghana, said there was too much financial waste in the system, which needed urgent attention.
He alleged that there were multi million contracts signed without tender document, which could be used for other developmental projects.
Mr Cudjoe said this on Monday at a forum on “Ghana’s Economic Freedom: Improving Ghana’s Rank on the Economic Freedom of the World Index” organised by IMANI Ghana, in collaboration with the Fraser Institute.
There are speculations that government is considering increasing the VAT from 17.5 per cent to 21.5 per cent.
Mr Cudjoe was of the view that tax exemptions favoured the privilege in society instead of the poor, stating that ,in 2017, import exemptions granted to foreign companies and other institutions rose by 15.5 per cent to GH¢2.6 billion.
He said in the 2015 Doing Business Report, Ghana ranked 97 in the World for its ease of ‘Starting a Business, whereas, in the 2016 report its ranking had fallen to 102.
According to the 2016 Doing Business Report, which captured data from the period 2014-2015, Mr Cudjoe said Ghanaian businesses make 33 different tax payments a year, spend 224 hours a year filing, preparing and paying taxes amounting to 32.70% of profits.
Dr Bernard Okoe, the Member of Parliament for Ledzokuku Constituency, in his response to the speculation, stated that, government was contemplating innovative ways of raising revenue in a way that will not be destructive to businesses.
Mr Fred McMahon, Resident Fellow, Fraser Institute, presenting the overview of Economic Freedom of the World said Ghana’s Economic Freedom had generally been rising.
He said the 2017 Economic Freedom World annual report revealed that, Ghana was ranked 103 out of 159 countries in the world.
Ghana was the 16th most economically free country in Africa following countries like Mauritius (1st) Rwanda (2nd), Seychelles (3rd), Botswana (4th) and Liberia (9th).
Mr McMahon said Ghana however beat West African neighbours like Nigeria, Cote d’Ivoire and Togo.
The Index provided a comprehensive description of an economy, examining five economic policy dimensions: size of government, legal systems and property rights, sound money, freedom to trade internationally, and regulations.
The Index showed the current status of economic policy and how the policy can be improved. It also provides models of world class policy that, if implemented, would bring renewed growth and prosperity to Ghana.
Source: GNA