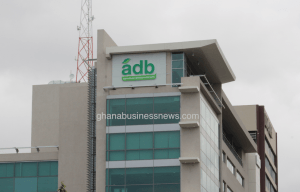 The Bank of Ghana (BoG) has annulled the acquisition of all shares held by four institutions in the ADB Bank Limited (ADB).

A statement from the BoG said the order, which took immediate effect, was made pursuant to section 55 of the Banks and Specialised Deposit-Taking Institutions Act, 2016 (Act 930).

“The Bank of Ghana, therefore in the exercise of its powers pursuant under sections 49 and 55 of Act 930, has with immediate effect annulled the acquisition by Belstar, Starmount, SIC-FSL, and EDC of all shares held by them in the ADB and all transactions undertaken in respect of these shares,” it said.

The statement said the exercise of any of the voting rights or any rights issue in respect of the shares by Belstar, Starmount, SIC-FSL, and EDC and the payment of any dividends in respect of these shares was also prohibited.

The statement further directed all directors appointed by Belstar, Starmount, SIC-FSL and EDC to the ADB Board to cease holding themselves out as directors of ADB with immediate effect.

Following the Initial Public Offering (IPO) undertaken in respect of ADB in 2016, Belstar and Starmount directly acquired 24 percent and 11 percent respectively of issued shares in ADB.

However, the statement said it had come to the notice of the Bank of Ghana that Belstar and Starmount were affiliates, and unknown to the Bank of Ghana, they entered into agreements with SIC-FSL and EDC to acquire additional shares in ADB in its IPO.

“These agreements, in addition to the direct acquisitions by Belstar and Starmount resulted in a direct and indirect holding by these companies of over 50 per cent of the shares of ADB without the knowledge and approval of the Bank of Ghana and in breach of section 49 of the Banks and Specialised Deposit-Taking Institutions Act, 2016 (Act 930),” it said.

However, the liquidity funds obtained by uniBank were improperly and unlawfully on-lent to Belstar and Starmount to acquire shares (including shares held by the Financial Investment Trust on behalf of the Bank of Ghana) in ADB’s IPO.

It said Belstar and Starmount had participated in a series of other questionable, unsafe, and unsound related party transactions involving uniBank Ghana Limited to the detriment of Ghana’s financial system and for their financial gain and benefit.

“The Bank of Ghana considers that Belstar and Starmount are not fit and proper persons and cannot permit them to continue to hold shares acquired directly or indirectly in ADB,” it said.

The request for emergency liquidity support from the Bank of Ghana by uniBank, loans from uniBank to Belstar and Starmount, the loan from Belstar to SIC-FSL, provision of funds to, and the engagement of EDC by Starmount as purchaser and trustee of shares, are inextricably linked and manifest a calculated intention by these entities to act in concert to acquire a majority shareholding in ADB using EDC and SIC-FSL without the knowledge and approval of the Bank of Ghana, the statement added.