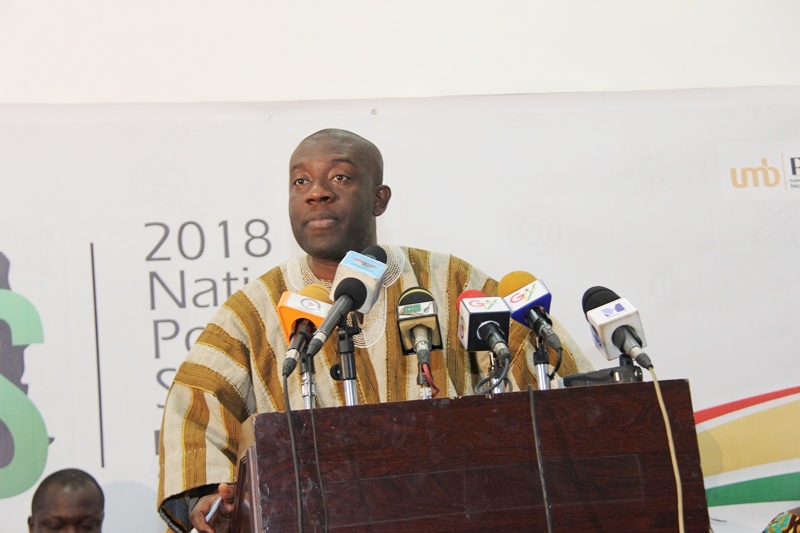 The 2018 National Policy Summit to focus on the economy is to be held in Kumasi, Deputy Information Minister, Kojo Oppong Nkrumah, has announced.

This has been scheduled for July 23 -24 and is going to be under the theme “Assessing the growth and jobs agenda”.

This comes on the heels of the mid-year review of the government’s economic policies and would afford key economic sector ministries an opportunity to engage on how well their programmes had done for the first half of the year.

The Deputy Minister said the summit would also provide the platform for stakeholders to make input into the implementation these policies and programmes for the second half of the year.

He added that it had become important to move the summit to the other regional capitals so that everybody got a feel of the programme, while government benefitted from the views of stakeholders there.

The Information Ministry launched the policy summit in 2017 to aid the citizenry to have better understanding of the government’s policies and programmes as well as receive a feedback from them for policy review and refinement.

It serves as forum for citizens, civil society groups, the business community and government to engage – to deepen the country’s democracy and good governance

Universal Merchant Bank (UMB) is the headline sponsor of this year’s event – having expressed interest in coming on board as stakeholders, not only to engage with government, but engage with other stakeholders to build a tripartite relationship in meeting the nation’s development goals.

The Deputy Minister said last year’s two summits on the economy and trade were a huge success.

“Indeed the level of participation and the quality of policy feedback received, proved that Ghanaians have fully taken their place – eager to contribute ideas to shape and move this country forward,” he added.

Mr John Awuah, Managing Director of UMB, rallied the people to take keen interest in the summit to achieve its goals.

Mrs Patricia Dovi-Sampson, Director of Policy Planning, Monitoring and Evaluation, Ministry of Information, said the goal was to promote social accountability in the public policy cycle and to mainstream development communication across the public sector.

An attitudinal change for insurance is needed – GIBA