It’s illegal to do financial transaction outside GIFMIS – Controller 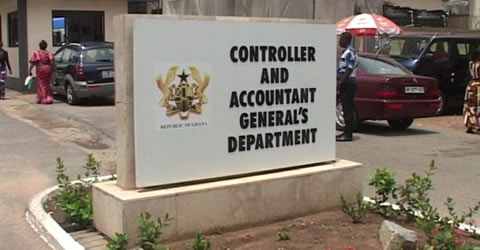 He said GIFMIS sought to promote transparency, efficiency and accountability in public financial management and that it was illegal for accountants of MMDAs and MDAs to operate outside the platform.

The Controller was speaking at a staff durbar of workers of the Controller and Accountant General’s Department (CAGD) in Kumasi, as part of his visit to the Ashanti Region to acquaint himself with their work.

Mr. Ofosuhene urged workers of the Department to embrace the GIFMIS, which formed part of the reforms to ensure timely dissemination of information for financial management.

The initiative, he said, would improve the effectiveness of revenue collection and maximize payment and commitment control.

He further entreated them to be abreast with the implementation of the Treasury Single Account (TSA), under the Public Financial Management Act (PFMA) to enable government to obtain a consolidated view of its cash resources at the end of each day.

He said the TSA would ensure efficient treasury management as required under the cash reform initiative.

Throwing more light on the initiative, he explained, that the CAGD was mandated by the Ministry of Finance to implement the TSA, which required the transfer of bank accounts of all government institutions to the central bank for easy management and monitoring.

He said currently, most accounts of MMDAs and MDAs with commercial banks had been closed as part of the implementation of the TSA, adding that, it would soon be extended to other state owned enterprises.

The Accountant General took time to address the concerns of the workers, which mostly bothered on promotions and logistics.