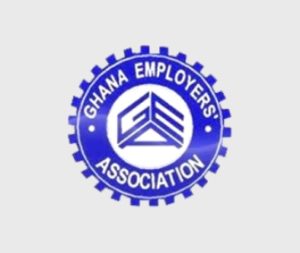 The Ghana Employers Association (GEA) has called on government to involve its members in the implementation of its flagship One District one Factory Initiative.

It said, its large membership base, all engaged in medium and large scale businesses, in the private sector, were poised to partner the government to significantly impact on the successful implementation of the programme, which was essentially private sector-driven.

The meeting, which was attended by the Minister for Business Development, Dr Mohammed Awal, was to discuss pertinent issues affecting their businesses.

Mr. Amponsah said the members needed a strong capital base to expand their businesses and called on government to urgently set up a fund purposely to serve as a source of capital for manufacturers and employers at a minimal interest rate.

He said high interest rates and delay in accessing funds from the traditional banks, was adversely affecting their businesses as most employers were often left with nothing to cater for other expenses after paying their loans.

According to him, it took a minimum of three months for their members to access loans needed urgently to sustain and grow their businesses, adding that, the demand for all kinds of collateral by banks was frustrating.

He hailed the Planting for Food and Jobs Programme, saying, it was a good intervention that would guarantee adequate supply of maize and soya beans to the poultry industry.

Dr. Mohammed Awal, the Business Development Minister, said the private sector had a significant role to play in government’s quest to revive the economy.