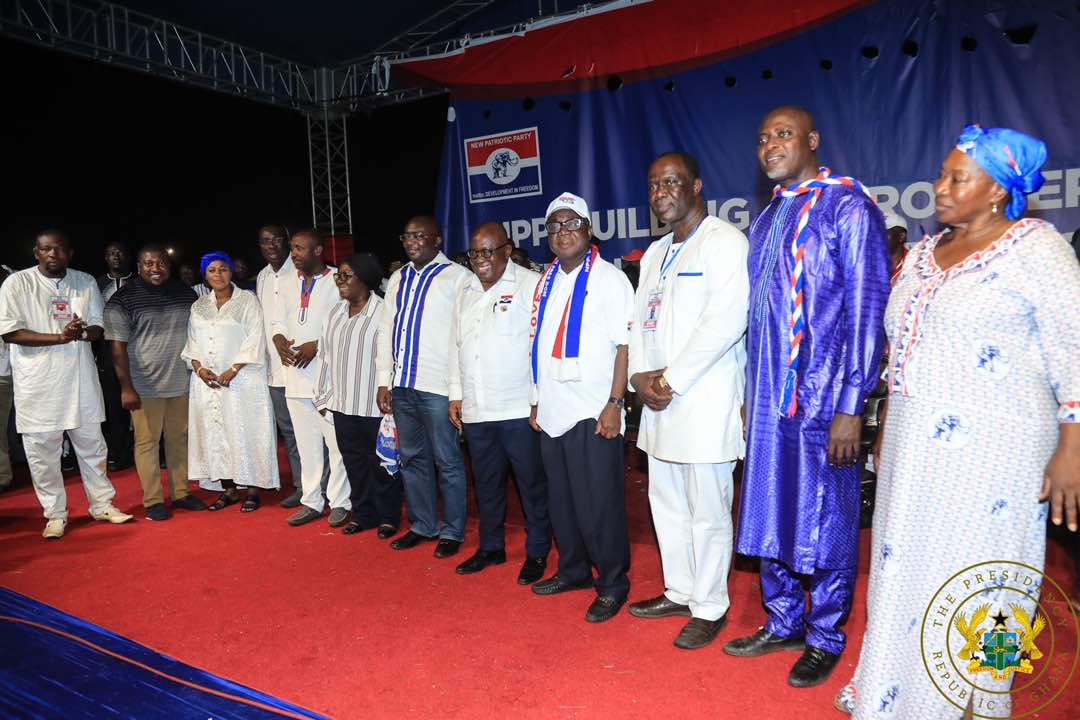 “I congratulate warmly the new National Chairman of the New Patriotic Party, Mr. Freddie Worsemawu Blay, Ellembelle Blay, and the other national officers,” he said in a congratulatory statement issued on Sunday.
He also praised the party “for the efficient and successful manner in which the election of new officers, who are to steer the affairs of the party for the next four years, was conducted.”

“We have shown, once again, that we are the Party that has an abiding faith and belief in multi-party democracy.”
President Akufo-Addo rallied the rank and file of the NPP to unite behind them to ensure that “we record another famous, historic victory in the 2020 elections, so we can effect the social and economic transformation of our nation that our people require, and thereby, help deliver progress and prosperity to them”.

He also thanked officials of the Electoral Commission for supervising the election.

Mr. Blay, who was the immediate acting chairman, was elected to the substantive position to head the party for the next four years.
Rita Talata Asobayire, Frederick Freduce Anto and Micheal Omarie-Wadie were elected first, second and third vice chairpersons, respectively.