Development must be influenced by priorities of citizens – STAR-Ghana 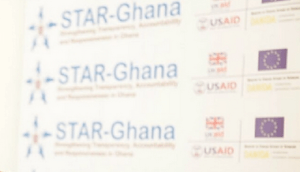 Metropolitan Municipal and District Assemblies (MMDCAs) have been advised to continuously interact with the citizenry and ensure that developmental projects were undertaken based on their priorities.

Mrs Eunice Agbenyadzi, Gender Equality and Social Inclusion Manager of STAR-Ghana who gave the advice, said a transparent financial management and good collaboration between the citizenry and the district assemblies, would encourage citizens to honour their financial obligations needed for development.

She was speaking at an evidence dissemination forum on citizen- state engagement as part of the strengthening transparency, accountability and responsiveness programme by STAR-Ghana, and the Centre for Intercultural Learning and Talent Development (CILTAD/Coastal TV) in Cape Coast on Wednesday.

STAR-Ghana, under its Gender Equality and Social Inclusion and CILTAD/Coastal TV successfully implemented a project dubbed “Fontonmfrom” in five districts of the Central Region with focus on citizen empowerment for responsive local governance.

It was aimed at building the understanding of citizens on the functioning of MMDAs to be able to meaningfully engage duty authorities with better outcomes.

Mrs Agbenyadzi said citizens must be made aware that development was for them and therefore they could not sit unconcerned but rather take ownership of on-going projects in their communities.

She explained that the rationale behind the evidence dissemination forum was to inspire other districts who were not part of the “Frontonmfrom” project on participatory methodologies for local governance to get them motivated to interact with their citizens.

Acknowledging that there were gaps in access and quality of services, particularly in basic public services, Mrs Agbenyadzi indicated that when such interfaces were continually carried out, transparency and accountability would be achieved.

Mr Selete Nyomi,  Chief Executive Officer of CILTAD/Coastal TV recounted how the project had been to the districts and said it had given credence to the belief and principle that effective participation and increased citizen voices would speed up socio-economic development.

He said citizens in the project districts demanded the continuation of major developmental projects initiated by the recent past Government and many had received attention.

He was optimistic that the non-project district would ride on the evidence provided to engage their citizens more to deepen the decentralised system of governance in the country.

STAR-Ghana and CILTAD/Coastal TV at the end of the forum presented a seven point communiqué to the Metropolitan, Municipal and District Chief Executives (MMDCEs) in the Central Region.

It among other things demanded that the frequent engagement between MMDCEs and their constituents including most vulnerable in the society to be scaled up, sustained and replicated in all districts.

It proposed the establishment of award schemes for Assembly men and women who engaged more with their constituents to encourage them to have more of such engagements.

The communiqué further encouraged MMDAs to complete abandoned projects and ensure that any new projects within their various communities were disability friendly and have disability sub committees.

The programme was attended all by the MMDCEs across the Region, Civil Society Organisations and the media.

I was made to swallow drug pellets at gun point – Ugandan