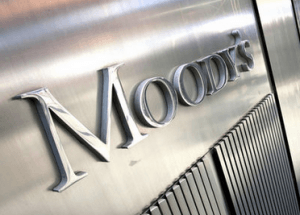 The rating agency, Moody’s has reacted to new directives from the Bank of Ghana which imposes capital conservation and countercyclical buffers on commercial banks saying the decision is credit positive for the country’s banking sector.

The central bank on Thursday June 28, 2018 published a capital requirements directive which imposes a capital conservation buffer of 3 per cent of risk-weighted assets and introduces a countercyclical buffer, although it is currently set at zero.

“Ghana’s measure is credit positive because it will enhance the quality and quantity of capital buffers for its banks, increasing their loss-absorption capacity and fostering system stability amid high asset risks. The directive also signals ongoing strengthening of Ghana’s regulatory and supervisory framework,” says Peter Mushangwe, a banking analyst at Moody’s in a response copied to ghanabusinessnews.com.

“The capital conservation buffer aims to force banks to build capital in good times so they can absorb losses during downturns,” it added.

According to the directive, the Bank requires banks to maintain a minimum Common Equity Tier 1 (CET1) capital ratio of 6.5 per cent, and banks will satisfy the conservation capital buffer using CET1 capital. This, it says, will increase banks’ CET1 to 9.5 per cent and the regulatory minimum capital adequacy ratio to 13.0 per cent.

A CET1 ratio of 9.5 per cent, it states enhances the quality of banks’ capital by increasing the cushion that absorbs losses in times of stress because this is the first capital tier to absorb losses. The Bank’s directive follows a 2017 minimum capital requirement increase to GH¢400 million by year-end 2018 from GH¢120 million, Moody’s noted.

By Emmanuel K. Dogbevi
Copyright ©2018 by Creative Imaginations Publicity
All rights reserved. This news item, or any portion thereof may not be reproduced or used in any manner whatsoever without the express written permission of the publisher except for the use of brief quotations in reviews.