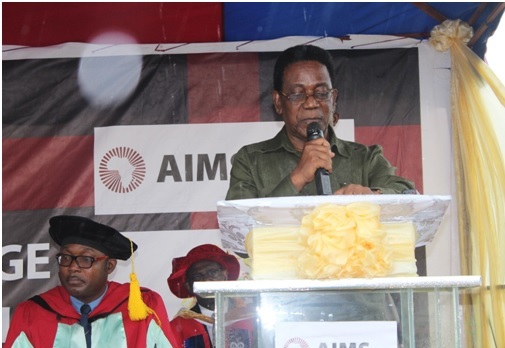 The Ministry of Education has directed the National Council for Tertiary Education (NCTE) to review its stance on D7 and E8 and submit a report about the possibility of getting students with such grades admitted into the university.

Professor Kwesi Yankah, Minister of State in charge of Tertiary Education who disclosed this bemoaned that many students could not pursue their academic ambitions and had become street hawkers due to the stance on credit passes in Mathematics and Science.

“Take the example of a candidate with D7 or E8 who has not failed in Mathematics and Science anyway, seeking to go to the university to do history, or a subject in Humanities and social sciences that will need little mathematics” he said.

“Let us encourage those who are aiming at mathematical sciences or engineering and insist that they get credit passes before they move on. But let us not insist on credit for those whose future studies have very little to do with mathematics” he added.

Prof Yankah was speaking at the sixth graduation ceremony of the African Institute for Mathematical Sciences (AIMS) Ghana, at the weekend where a total of 37 students made up of 26 males and 11 females were awarded with a Master of Science degree in Mathematical Sciences.

He said government was also sipping the structure and content of the educational system from merely passing examination to building capacity and nurturing values to raise literates who would be confident to engage citizens and could think critically to solve problems.

“People must be equipped with the necessary skills and attitudes that will enable them to compete with the best in the World. Government believes that all the hopes of Ghanaians for a brighter future will not be successful unless the country is able to resolve its education crisis” he stated.

He noted that government was committed to investing in education from basic to the tertiary levels for the transformation of Ghana, adding that, Education was critical in building a cohesive and prosperous nation.

Prof Yankah said Education remained a major priority of the government and for that matter was committed to raising the quality of education at the basic and secondary school levels with emphasis on Science and Mathematics, which were fundamental building blocks for success in the age of technology.

In this regard, he said the curriculum of the Colleges of Education, was being transformed to respond adequately to the needs of the nation especially in literacy, numeracy and science and technology.

Professor Edward Ayensu, Board Chairman of AIMS Ghana mentioned that the AIMS Network had graduated more than 1,300 students from 45 African countries since its inception in 2003 with AIMS Ghana accounting for over 200 of them.

He said most of AIMS graduates were contributing significantly to the development of Africa in the area of Education, research, industry and governance.

He said AIMS would continue to strengthen and improve Science, Technology, Engineering and Mathematics Education in Ghana and Africa for the transformation of the continent.

Prof Ayensu expressed appreciation to the Canadian Government and the Government of Ghana, the MasterCard Foundation and all other donors for their continual support.

In their Valedictory address, the overall best graduating student, Ms Dinah Norvisi Dzikpor, encouraged her colleagues to make an effort to use the knowledge acquired to effect positive change in their respective countries.

Let’s unite our effort to protect the forest – MCE