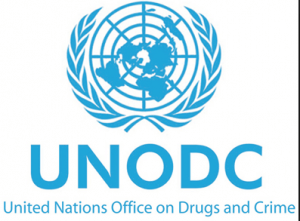 The number of deaths resulting from drug use is on the increase, according to the latest report of the United Nations Office on Drugs and Crime (UNODC). The 2018 World  Drug Report says the percentage of deaths attributable to drug use is still high among all age groups.

The Report asserts that though people who use drugs die prematurely as an extreme consequence of drug use, determining the extent of mortality attributed to drug use is however, not straightforward: deaths caused by drug use can be directly related to drug use disorders, such as overdose, or can be indirectly an increase in unintentional injuries, which include drug-related deaths, it indicates.

Noting that drug treatment and health services continue to fall short, the report states that the number of people suffering from drug use disorders who are receiving treatment has remained low, just one in six.

It notes also that both the range of drugs and drug markets are expanding and diversifying as never before.

The findings of the Report the authors say make clear that the international community needs to step up its responses to cope with these challenges.

“We are facing a potential supply-driven expansion of drug markets, with production of opium and manufacture of cocaine at the highest levels ever recorded. Markets for cocaine and methampheta mine are extending beyond their usual regions and, while drug trafficking online using the darknet continues to represent only a fraction of drug trafficking as a whole, it continues to grow rapidly, despite successes in shutting down popular trading platforms,” the authors say.

According to the Report, non-medical use of prescription drugs has reached epidemic proportions in parts of the world.

“The opioid crisis in North America is rightly getting attention, and the international community has taken action. In March 2018, the Commission on Narcotic Drugs scheduled six analogues of fentanyl, including carfentanil, which are contributing to the deadly toll. This builds on the decision by the Commission at its sixtieth session, in 2017, to place two precursor chemicals used in the manufacture of fentanyl and an analogue under international control,” it adds.