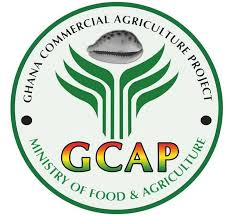 The World Bank has provided an additional funding of $50,000 to the Ghana Commercial Agriculture Project (GCAP), to facilitate its projects, especially the rehabilitation of the irrigation scheme, across the country.

The Project funded by the World Bank and the USAID and being implemented under the auspices of the Ministry of Food and Agriculture, seeks to help develop the agriculture sector by promoting inclusive commercialization along selected value chains under out-grower schemes and contract farming arrangements.
The Project ensures increased access to secure land, private sector finance, agricultural input and output markets by smallholder farms from investors in commercial farming in the SADA Zone and Accra Plains.

The event, was on the theme: “Innovative Financing for Commercial Agriculture.”
He said there was the need for government to deepen reforms in the agriculture sector to attract investments to the sector, especially private sector investment.

He said there was also the need to deepen various reforms in legal, regulation and administrative systems that affect the quality and efficiency of public sector services.
He said there should also put measures in place to improve the quality and efficiency of public spending forecasting on key sector growths that were important to attract private sector investments and that was the role of government.

He said after the irrigation schemes were rehabilitated, the private sector were expected to invest, because that was the only means of sustaining those irrigation schemes to improve on the sector.
Dr Sagre Bambangi, the Deputy Minister of Agriculture-in charge of Annual Crop, said government policies and programmes were targeted at addressing challenges in the agriculture sector.

He said government through the Planting for Food and Jobs Programme was building the capacity of seed growers and researchers to step up research, which would focus on increase seed production.
He said government in collaboration with some research institutions was developing biological control measure also known as natural enemies to address the challenges of the fall Army Worm that invaded the country.
“Government will continue to step up the supply of farm inputs to increase and improve crop production,” he added.
The Deputy Minister said government would not only concentrate on heavy machine for farms but also provide small machine for smallholder farmers.

Mr Yofi Grant, the Chief Executive Officer, Ghana Investment Promotion Centre said “we are doing all we can to reposition the agricultural sector as the bedrock of the economy.”
He said as a country, there had not been enough attention to issues that pertain and focus on the development of the sector, adding that there had been recent decline in investment in the sector.
He called on investors to look at the potential investment opportunities available in the sector and invest in commercial agriculture.
“We have to focus on agriculture mechanization and the value chain opportunities in the sector,” he added.