Ghana not ready for legalisation and decriminalisation of marijuana – NACOB 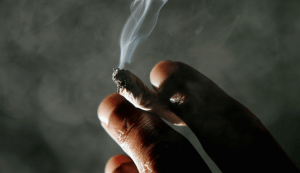 Ghana is not yet ready for the legalisation and decriminalisation of Marijuana, Mr. Shadrach Bosomtwe, the Brong-Ahafo Regional Commander of the Narcotics Control Board (NACOB) declared on Tuesday in Sunyani.

He said by Ghana’s law it was illegal to possess, use, trade or cultivate Marijuana, popular called

‘Wee’ by the public in most communities in the country.

Mr. Bosomtwe was speaking in an interview with the Ghana News Agency as part of the regional commemoration of the 2018 World Drug Day celebration on the theme “Listen First- Listening to Children and Youth is the First Step to Help Them Grow Healthy and Safe”.

He said the theme “is a United Nations Office on Drugs and Crime (UNODC) initiative for the prevention of drug use that is based on science, because ‘research suggests that early to late adolescent is a critical risk period for the initiation or to commence the use of substance abuse’”.

Mr. Bosomtwe stressed that if the nation had forbidden the drug in that sense, that meant “we do not have permission to deal in anything marijuana, but some people are calling for the legalisation and decriminalization of it”.

He argued that the decriminalisation of the Marijuana “cannot be possible” because, for the country to do that there must be availability of a lot of rehabilitation homes to take care of the fallout from the use of the drug.

Mr Bosomtwe expressed regret about the situation, stating that currently “Ghana did not have even one national rehabilitation centre, as the available ones were all privately owned and mostly crowded in Accra”.

Another reason why the drug could not be decriminalised, he added “is that the THC-Tetra Hydro Canobinol content in the Ghanaian Weed (Canabis Sativa) is very high and that brings about the mental illnesses associated with the use of the drug”.

Mr Bosomtwe contended that was what caused most of the mental problems, thereby increasing the insanity in the communities and on the streets in the urban centres.

The situation consequently tended to be a socio-economic burden on the State, because it required government expenditure for the rehabilitation of affected persons, he noted.

Mr. Bosomtwe appealed to parents and teachers at all levels of educational institutions, traditional and religious leaders, opinion and youth leaders to assist in the campaign against drugs and substance abuse to help the nation’s children and youth to grow healthy and safe.