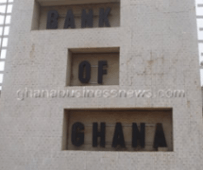 The Bank has therefore commended the country for its sterling performance in ensuring financial inclusion over the last decade.

The Bank in its latest report on financial inclusion, however is urging the Bank of Ghana and its allied financial sector regulatory agencies to scale-up their efforts if it should successfully eliminate what the report calls “inequalities in access”.

The Global Findex Database 2017 Report sub-themed ‘Measuring Financial Inclusion and the Fintech Revolution’ cited the significant rise in financial inclusion in Ghana from 41 per cent in 2014 to 58 per cent in in 2017 but criticised the country for the inaccessibility to bank accounts, savings, credits and payments and urged that that situation ought to be tackled taking advantage of advances in digital services.

The 130-page Report authored by the World Bank Group presents key ﬁndings from the Global Findex database, with detailed insights into how adults in more than 140 economies access accounts, make payments, save, borrow, and manage risk. As the data shows, each economy has its own successes, challenges, and opportunities when it comes to ﬁnancial inclusion.

Financial inclusion is the universally accepted development term used to describe strategies and programmes to ensure ordinary citizens are not excluded in interventions including those in the financial sector such as banking and technology.

Since Ghana introduced the e-ZWICH, Africa’s first biometric electronic payment system to promote cashless transactions, the government through the central bank had implemented several strategies to ensure all segments of the citizenry are captured in financial, digital and social interventions, including mobile money and lately the digital address system and mobile money interoperability.

Use of digital and the unbanked

The Report notes further  that while 52 per cent of adults globally, own bank accounts, that of Ghana stood at 49 per cent.

It said the number of the unbanked population in the world stands at 1.7 billion, majority of them being women who are less educated, live in poor households and living on less income.

On the ownership of bank accounts, the Report cited high cost of account operation and proximity to banks as reasons why many people do not have accounts even though the report maintained two-thirds of the unbanked have a mobile phone and that as many as 300,000 unbanked adults are paid through cash.

The Report indicates that from a humble but a determined beginning, Ghana has recorded phenomenal growth in the mobile money sector with a current volume of $3 billion, $82 million monthly transactions with 151,000 Mobile Money Agents nationwide.

The Report however applauded the regulatory revisions done by the central bank of Ghana which has created an enabling environment for the sector to thrive and grow exponentially, and recommended leveraging on new digital products in insurance, credits and savings.

By Emmanuel K. Dogbevi and Emmanuel J. K. Arthur
Copyright ©2018 by Creative Imaginations Publicity
All rights reserved. This news item or any portion thereof may not be reproduced or used in any manner whatsoever without the express written permission of the publisher except for the use of brief quotations in reviews.