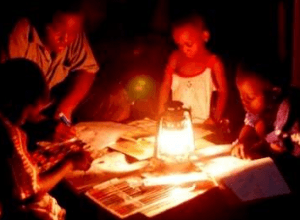 Mr Mohammed Tamimu, the East Gonja Municipal Chief Executive (MCE) has said the unstable electricity supply in the Municipality was a challenge and was slowing down business activities.

He said the challenge posed security threats to the people of the municipality especially during the nights when there was power outage.

Mr Tamimu disclosed this in a speech was read on his behalf at a Town Hall Meeting in Salaga organised by the Ministry of Information in collaboration with the Municipal Assembly.

The event was aimed at sharing with the people of the municipality, the programmes and policies that have been implemented by the government through the Municipality and to also provide an opportunity for the people to seek clarifications on the implemented policies and programmes.

He said the unstable electricity power supply slowed down work and that there was the need to seek lasting solution to the problem to increase productivity.

Mr Tamimu said 20 dams have been earmarked for construction with seven under construction in the municipality, under the government’s “One Village One Dam” policy.

Farmers who were present at the event also expressed concern about the fall army worm infestation and asked for government’s intervention.

Alhaji Mohammed Rufai, the East Gonja Municipal Coordinating Director, said the abuse of tramadol among the youth in the municipality was becoming a serious problem and appealed to all to collectively come together to end the canker.