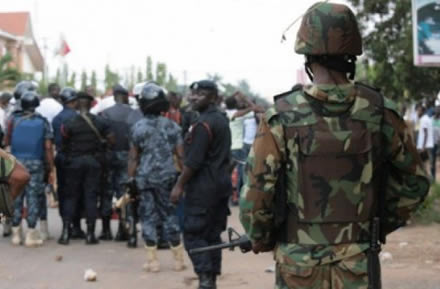 The Ministries of Interior and Defence on Friday inaugurated an eight-member committee to investigate the clashes between the Ghana Police Service and the Ghana Armed Forces in Tamale.

The committee would investigate the immediate and remote causes of the clashes, which occurred on May 16, 2018, investigate the causes of any other Police and Military clashes that have occurred within the past five years and actions taken and lessons learnt.

The committee would also identify the effects of such clashes on Military and Police relationship and its effects on the community and make recommendations for collaboration to avert such clashes in future.

The committee’s term of reference was also to make recommendations to improve their relationship and enhance “ camaraderie” spirit between the two Services and make recommendations for sanctions against those found culpable and compensation to deserving victims of the clashes.

Mr Ambrose Dery, the Minister of the Interior, said the country is a multi-party democracy built on a rule of law and respect of fundamental human rights and that it was the responsibility of all to operate within the confines of the law.

He said the security agencies were expected to know and appreciate the law, since they are each other’s keeper but not to fight against each other.

The Minister said the committee would help unravel the causes of the clashes and come out with guidelines and protocols to ensure a collective spirit between the two agencies.

He was optimistic that the committee would discharge their duties without fear or favour and submit their report by August 31, 2018.

Brigadier General Kyekyeku (Retired), a member of the committee, assured the Ministries of their commitment to work within the mandate they were to operate to ensure lasting peace and harmony between the agencies.

He said this was crucial because they were authorities, charged to ensure peace and security in the country and it would be bad on their side to fight among themselves.