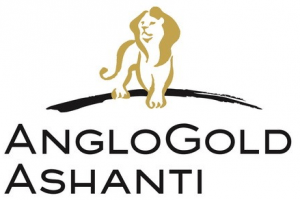 Parliament has approved a development agreement between the Government of Ghana and Anglogold Ashanti (Ghana) Limited, for the mining company to make a capital investment of $880 million into Obuasi mine, which has seen a lull in its activities for some time now.

The agreement, whose execution would end by December 31, 2023, would revitalise the defunct mining company, breathe life into what a committee of the House called “almost deserted ghost town community.”

It would generate 2,500 jobs over the next seven years, and an additional 1,500 people are expected to be employed during the construction phase.

The execution of the project would also support the implementation of local development initiatives, enhanced security at the Obuasi community and knowledge transfer to the indigenous people.

A report of the Joint Committee on Mines and Energy and Finance, presented to the House observed that “the only way for Anglogold Ashanti (Ghana) Limited to operate profitably, given the current position of the Company, is to secure the State approval for Redevelopment of the Mine as well as some Tax Concessions.”

Despite the lull in the activities of the Mine, the joint committee’s report indicated that a feasibility study undertaken revealed good prospects for the Obuasi mine… and there was also potential to convert other minerals to proven and probable reserves to increase profitability.

Under the agreement, Anglogold Ashanti is expected to inject an estimated capital of $1,045 million over the projected 22 years lifespan of the mine.

Anglogold would donate two dollars per every ounce of gold that would be extracted to a Community Trust Fund to support development initiatives in Obuasi, as part of the Company’s Corporate Social Responsibilities.

The Company would also put in social intervention programmes and health facilities.

At Thursday’s sitting, the House approved a tax concession worth $259 million to the mining company.

However, Mr Cassiel Ato Forson, the Ranking Member of the Finance Committee questioned the decision of the Government of Ghana for the $259 million tax concession.

He said the deal was badly negotiated and Ghana would lose in excess of $300 million.

“The intention is that Anglogold is going to invest $880 million to revamp the Obuasi mines. They are saying that the project will not be viable until the government of Ghana decides to grant them a tax concession worth $259 million,” he told journalists.

He was of the view that the concessions will actually exceed the stated $258 million, explaining that “in agreement, they are reducing corporate income tax that is supposed to be for mining companies which is 35 per cent.

“In the case of Ashanti Gold, they are giving it to them at 32.5 per cent. So I ask myself, why the discrimination. For a company with the strength of Anglogold, why are they reducing their tax exemptions?”

Judges appeal to President to intervene in salary arrears issue