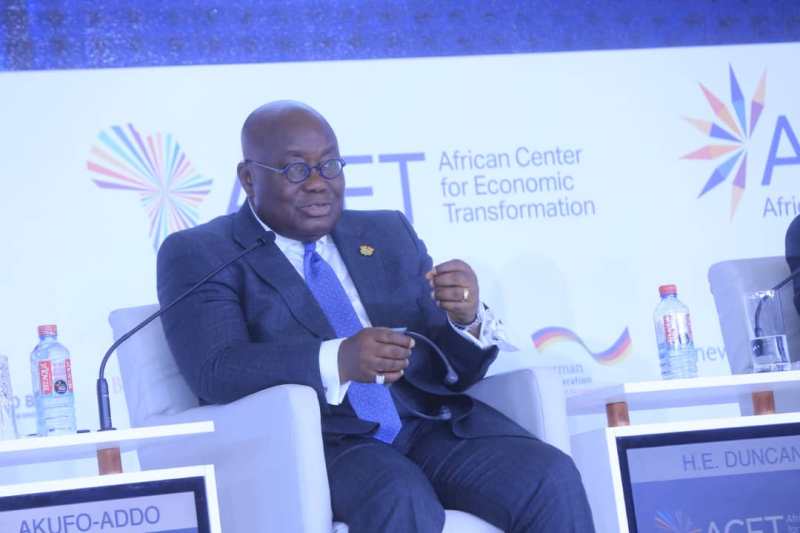 He said it was not acceptable that foreign banks, who had become major economic

players, had gotten content with making lots of money, but not being particularly involved in taking risk that would contribute to the development of the economies they operated in.

“I don’t have a difficulty with people wanting to make money, but I do have a problem with making money in an environment whereby not significant contribution to the transformation of the economy is being made,” President Akufo-Addo said at a forum on the transformation of Africa in Accra.

He stressed the need for African nations to make policies to promote the growth of home-grown financial institutions that would spur the transformation that the Continent envisions.

“That is an area that requires important policy making that promotes the indigenous banks to grow and be stronger enough to take up the role of providing the financial wherewithal to spur the transformation that we are looking to.

He continued: “We have not had it so far, but it’s an area my government is paying particular attention, because without having banks that are prepared to finance growth, industrial and agriculture initiatives, it is going to be difficult for us to make the transition that we are seeking”.

President Akufo-Addo reiterated that Africa has all it needs to transition from a state of poverty to that of prosperity.

With the Continent holding 50 percent of the world’s arable land, over 30 percent of the remaining minerals in the world, and with the youngest and most vibrant population of all the continents, he said, there is no reason for Africa to be where it is presently.

Fortunately, African leaders are now taking the reality that required making sure key important paradigms of development were observed and followed on keenly.

That paradigm is the role that governments ought to play in the process of transformation by building strong economies, based on sound macro-economics, good educational reforms and skills acquisition, as well as a workforce needed for transformation.

The President told the forum that his government has placed priority on sanitizing the macro-economy of the country, which indications have proved that those policies were achieving the purpose of a more robust, with a significant reduction in inflation, interest rates, deficits and national debt.

“The management of the national economy, a significant progress has been made in laying the foundation for an attractive investment destination for Ghana. We have begun very significant expansion of education system through the Free Senior High School programme, embarked on a serious reorganisation of the system of vocational training, and reforming the educational curricular to respond to the needs of the world of work”

“The Ghanaian economy is reliant and we believe the good policies would lead to the transformation of the country,” he said

Mr Kagame on his part stressed the need for Africa to have a mindset that moved away from discussing the problems of the Continent and focused on implementing strategies that would propel it into prosperity.