US threatens visa restrictions on Ghana 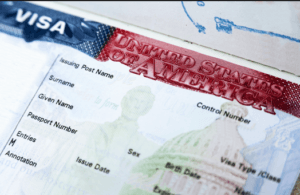 The Unites States (US) says it may be forced to implement visa restrictions on Ghana, in accordance with US Law, if Ghana failed to comply with international obligations regarding the issuance of travel documents to Ghanaians on deportation orders in the US.

A statement issued by the US Embassy in Accra said, Ghana, as a signatory to the Convention on International Civil Aviation, was required, under International Civil Aviation Organisation (ICAO) guidelines, and through its Embassy in Washington, D.C., and its Consulate General in New York, to interview deportees on a regular basis and issue the necessary travel documents to facilitate their departure on commercial flights.

“When the Government of Ghana fails to meet its ICAO obligation regarding the regular issuance of travel documents, the U.S. government is forced to employ charter flights for deportations. The Government of Ghana has the power to reduce, or even end, the use of charter flights by meeting its obligation to issue travel documents in a timely manner,” it said.

According to the statement, the U.S. Department of Homeland Security (DHS), in December 2016, identified Ghana as being at risk of non-compliance on removals of those under deportation orders.

Since then, the U.S. government had repeatedly engaged the Government of Ghana in both Washington, D.C., and Accra and has urged the government to abide by its international obligations and issue the necessary travel documents so that Ghanaians under deportation orders may depart the United States on commercial flights.

It said the United States of America took its legal and human rights obligations very seriously and in the course of enforcing U.S. immigration laws, would strongly prefer that individuals under deportation orders departed the United States via commercial air carriers, as regular passengers.

While the United States embraced its special character as a nation of immigrants, and continued to welcome those who enter the United States legally and respect U.S. laws, enforcing its immigration laws was a responsibility it owed to the American people, just as Ghana enforced its own laws.

“So far this year, Ghana has used its own legal processes to deport 100 individuals of different nationalities who were found to be in violation of the law.”

“We encourage Ghanaians to abide by legal processes if they seek to immigrate to the United States. We commend the Government of Ghana for taking steps to promote private sector growth that will create employment opportunities for Ghanaians; foster even greater security; and ensure a promising future for Ghana’s youth, thereby minimizing illegal immigration to the United States,” the statement said.