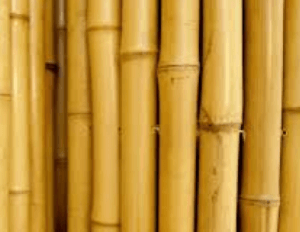 Bamboo for Integrated Development Ghana (BIDG), a local NGO, has launched an innovative farming practice, which involves intercropping of bamboo with food crops.

This is being piloted in six selected communities in the Sekyere Afram Plains.

The goal is to promote soil rejuvenation, improve biodiversity and mitigate climate change, while diversifying farmers’ production and incomes to boost their living standards.

BIDG is currently building the capacity of members of the beneficiary communities through demonstrations and workshops for farmer associations and co-operatives to aid crop yields.

Mr. Emil Martey Fischer, a co-Founder and Director of the NGO, at one of such training workshops held for over 100 farmers at Abenoa, said the introduction of the concept in Ghana followed its successful implementation in Indonesia by Environmental Bamboo Foundation, a partner organization.

It had proven to be highly successful and tremendously, improved incomes and reduced poverty among many people in farming communities in the Southeast Asian country.

He said that the project tied in with the United Nation’s Sustainable Development Goals (SDG) which “seeks to address three main global issues – food security, gender equality and climate change”.

Interested farmers, he added, would be taught how to successfully grow quality and high valued culms.

Bamboo builds the soil and protects it from erosion, thereby nourishing crops.

It also holds water during rainy season and makes them available to its surroundings in the dry season.

Mr. Fischer said the core objective of BIDG was to build the capacity of farmers for improved bamboo agro-forestry management practices to enhance product quality and environmental benefit.

Free seedlings were going to be provided for community lands designated for bamboo plantation to serve as a pool for community projects.

As part of efforts to economically empower women in the communities, they would be encouraged to intercrop bamboo with specific vegetables.

This, he noted, would not only fetch them extra income but also ensure that the nutritional needs of the families were achieved.

They would also be trained on how to use bamboo to produce various handicrafts especially during the off farming seasons as alternative livelihood.

Madam Faustina Baffour Awuah, Office Administrator of the Bamboo and Rattan Development Programme (BARADEP) of the Forestry Commission (FC), applauded the initiative which, she said, would significantly impact the lives of the people.

BARADEP was committed to bamboo and rattan production across the country to help reduce the perennial pressure on the natural forest and she urged the farmers to embrace the concept to diversify their farming activities and better their lives.

Madam Baffour Awuah said bamboo could be used to produce thousands of products and entreated the farmers to take keen interest in the project, adding that it had the potential to create jobs.

She announced their readiness to train interested persons on how to use bamboo to produce various products once the raw material was available.

ECOWAS to hold meetings on sustainable energy in Accra