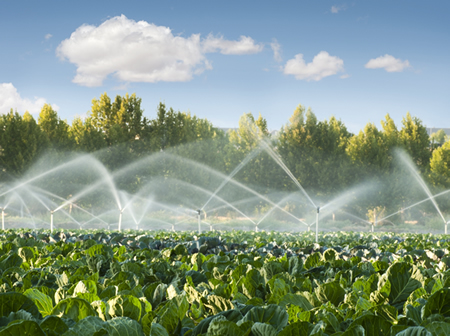 The government, through the Ministry of Food and Agriculture (MoFA), is dedicated to promoting on-farm productivity through intensification of targeted crops; thereby, ensuring job creation in agriculture and other related sectors.

Dr Seth Osei Akoto, Director of Crops, MoFA, said agriculture had long provided a firm foothold for Ghana’s economy; stating that growth in the contribution of the agriculture sector to National Gross Domestic Product (GDP) in recent years, however, had consistently declined.

“Trends in production of major food crops such as maize, rice and sorghum show that on-farm productivity has stagnated and the exploitable difference between the actual and potential yield of most crops has widened,” Dr Osei Akoto stated at the launch of the OCP Africa Agribooster programme in Accra.

“Improving yields of these priority crops will allow farmers to meet demand for feed, food and jobs (both rural and urban), while minimizing the pressure on the need to bring large amounts of new land into crop production.”

OCP Africa is a subsidiary of the Moroccan phosphate Group, a company committed to the development of the agricultural ecosystem in Africa.

The programme’s end goal is to help farmers increase their yields and hence, their revenues.

Under the programme, two agricultural inputs packages namely “Agribooster Plus” and Agribooster would be introduced to farmers.

Dr Osei Akoto said studies undertaken by MoFA revealed that low accessibility and inadequate use of certified seeds, insufficient nutrient fertilizer application, lack of extension services to farmers, weak linkages between producers and markets, and limited use of information and communication technology (ICT) in agriculture sector were amongst the major factors stifling productivity in the agriculture sector.

He said in an effort to resolve these constraints, the government in 2017, launched a flagship programme dubbed ’Planting for Food and Jobs Campaign’ (PFJ).

He said the PFJ programme provides a framework for engaging farmers through a private sector-led agricultural value chain development.

“The programme is governed by demand and market-driven approaches that lead to increases in adoption of quality seeds of improved varieties, fertilizers and good agronomic practices as well as marketing of farm produce while building a critical knowledge base and strengthening systems that will further catalyze private sector participation and full engagement in the agriculture sector,” he said.

He said the use of fertilizer in agriculture was very crucial in African countries owing to the fact that the soil was perceived to be the poorest in the world.

He said the programme had increased farmer’s access to fertilizer, reduced their cost of production to fertilizer input and enabled farmers to apply the right quantities of fertilizer.

He noted that research conducted by peasant farmers Association of Ghana years ago on the impact of fertilizer subsidies revealed that, small scale farmers, especially, women’s livelihoods had improved and these farmers were experiencing a reduction in poverty and an increase in their income, albeit at a slower rate.

He urged farmers and agribusiness community to take maximum advantage of the opportunities being offered by the ’Agribooster’ programme of OCP Africa so as to increase productivity of major crops and ultimately aid in the socio-economic transformation of our country Ghana.

Mr Samuel Oduro-Asare, Country Manager, OCP Ghana, said the programme holds a transformative offer to the nation’s farmers, youth and any other group or individuals interested, not just in farming, but aspires to be successful at it.

He said to ensure effective monitoring and supervision of the programme, the project extension officers would be provided with motorbikes to facilitate their work.

Bayport to increase its Note Programme to GH¢500m