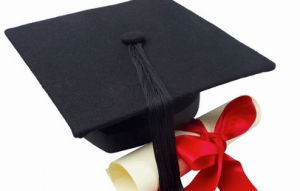 The Embassy of France has signed a Memorandum of Understanding (MoU) with the Vice Chancellors’ Ghana (VCG) association, as part of efforts to boost academic cooperation between the Embassy and universities in Ghana.

This MoU sets forth provisions which would serve as a foundation for additional specific bilateral agreements with member universities to formalise the deepening relationship between the two partners.

The agreement was signed on Tuesday in Accra between Mr Francois Pujolas, the French Ambassador to Ghana and Professor Gabriel Ayum Teye, the Chairman of the VCG and Vice Chancellor (VC) of the University of Development Studies (UDS).

Mr Pujolas said the signing of the framework agreement signifies another building block in the productive relationship between VCG and the French Embassy; which dates back about 10 years.

He said since then, a number of significant developments had taken place in the educational sector, leading up to the establishment this accord.

“One of the major merits of this MoU is that it will not only create an enabling framework for already existing partnerships between Ghanaian and French universities, but it will also pave way for the establishment of new and more innovative alliances both in quantity and in quality since numerous specialized schools and universities have already demonstrated interest in partnering with Ghanaian universities,” Mr Pujolas stated.

He said the VCG and the French Embassy collaborated to achieve major breakthroughs; for instance, in 2015 when the tremendous effort of both teams led to the ratification of a bilateral agreement between France and Ghana for the mutual recognition of university studies and academic qualification degrees.

He said this agreement, being the first of its kind in sub-Saharan Africa, facilitates direct access of Ghanaian degree holders to further their education in France.

“It is also hoped that student mobility will be improved especially by forging of partnerships with French universities to facilitate the Year Abroad language immersion programme. But you can also have the possibility to study in English in all fields of higher education,” he said.

The Ambassador said:”Being bi-lingual and multicultural also provides job opportunities at an international level as the French language is spoken on all the continents. Higher Education in France is one of the least expensive in the world and the same time one of the best.”

He said plans were equally underway to set up a scholarship scheme in collaboration with GETFUND for students desirous to pursue post-graduate studies in France.

“It is also expected that an association will be created in the coming months to serve as the bedrock of the France Alumni Ghana digital platform,” he said.

Mr Pujolas said in November, Ghana would be represented by a university delegation at the Francophonie-themed Campus France fair in Paris; declaring that it would be the occasion to further develop university cooperation between the two countries.

He said from 2013 to 2017, four editions of the Ghana-France Higher Education Conference had been organised either in France or Ghana.

He said the 2018 edition of the Ghana-France Higher Education Conference, would be held in France.

Prof Teye said Ghanaian universities were ready and willing to participate in any collaboration that would bring development to the country.

He said the signing of the MoU was one of the various steps aimed at consolidating academic activities such as research, teaching and learning.

He said in order to produce graduates with employable skills, there was the need for strong collaboration between universities and industry.

He urged universities to produce graduates who would think outside the box, and be innovative in creating their own jobs.