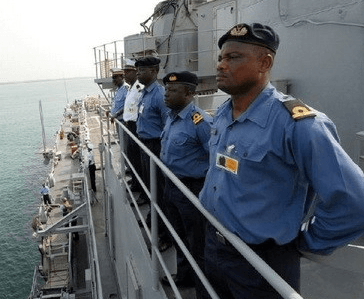 Eastern Naval Command in the early hours of Friday impounded three fuel tankers and a cannon for suspiciously off loading fuel at the Tema Cannon Basin.

The cannon is being held at the Navy’s jetty at the Tema Port while the three tankers with registration numbers GT 2612-17, GN 2835-13, and GN 2635-13 are parked at the Naval Base pending investigations.

Commander Isaac Mahama Abu, Chief Operations Officer at the Eastern Naval Base, said the Command’s intelligence cell saw some persons pumping fuel from the cannon into one of the fuel tankers during their patrol duties at the cannon basin.

According to Commander Abu, a team which was subsequently dispatched to the scene, saw hose connected to the tanker and the cannon pumping fuel while the other two tankers awaited their turn at about 0100 hours.

He added that the trucks and the cannon were impounded while their owners and operators were apprehended as “it was strange for them to be offloading fuel at that time and without the presence of the Ghana National Fire Service.”

According to him, the fuel pumping activity at the cannon basin could lead to a fire outbreak at the Port due to the many wooden cannons around.

He indicated that investigation would be carried into the issue by his outfit, and the National Petroleum Authority for the needed action to be taken.

Kwabenya fugitives trial: I called the police myself – Prince Osei