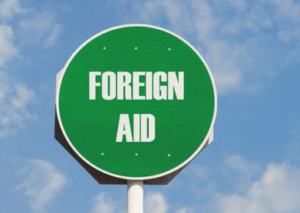 While international aid to education has been on an all-time high, the portion of aid to the education sector of sub-Saharan African countries has continued to fall for seven years in a row, a new paper by UNESCO says.

The paper by UNESCO’s Global Education Monitoring Report, says aid to education grew by $1.5 billion, or 13 per cent to a record $13.4 billion between 2015 and 2016, its highest level since records began.

“Yet sub-Saharan Africa has received a smaller and smaller share of the pot for seven years in a row, receiving half the share it used to receive in 2002,” it said.

This is happening in the face of the Sustainable Development Goals (SDGs), which have set an ambitious target for the international community. The SDGs aim that by 2030, all young people should be completing secondary school of good quality.

The paper notes that the challenge is a daunting one; in 2010–2015, on average only 45 per cent of young people were completing secondary school, adding that more and better financing will be an essential part of any strategy to achieve the goal.

“This financing cannot come only from the countries most affected by the challenge; international solidarity is needed. In 2015, the Global Education Monitoring Report estimated that an annual funding gap of at least $39 billion per year would persist in 2015–2030, even after accounting for an expansion of low and lower middle income countries’ capacity to raise their own revenues for education. Closing the gap would require a six-fold increase in levels of aid. About half of that gap refers to low-income countries, where as much as 42 per cent of education costs would need to be met by external financing,” it said.

Commenting, the Director of the GEM Report, Manos Antoninis, said, “Donors need to focus further on basic and secondary education, as well as on the poorest countries, to fill the funding gap that is undermining progress in global education,” he said sounding a caution however, he said “this will not solve the considerable educational challenges facing lower middle-income countries.”

The paper further finds that more than one third of aid allocated to lower middle-income countries comes in the form of loans and that the cost of credit deters many countries from borrowing for education.