Digital broadcasting would not deny access to television contents – NMC 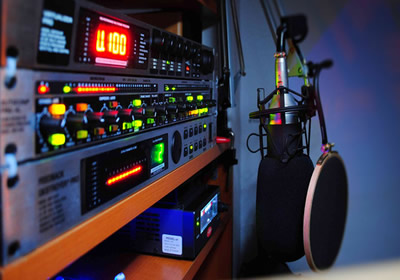 The National Media Commission (NMC) has assured that the country’s migration from the analogue to digital television broadcasting would not deny the ordinary citizens access to television contents.

Most television broadcasters would shut down their old analogue transmitters, as the country finalises processes for digital television transition.

But, according to Mr George Sarpong, the Executive Secretary of the NMC, the government would supply customised set up boxes at subsidised cost for people who could not afford to buy digital television to enjoy the transition.

He was speaking at a sensitisation forum on the digital migration in Sunyani, organised by the NMC with funding support from the Frederich Ebert Stiftung (FES), a German Non-Governmental Organisation that focused among others capacity building of the media.

It was attended by civil society organisations, media, as well representatives from government agencies and departments.

Digital broadcasting, he said had several advantages including; clearer images and efficiency and therefore advised the media to support in the public education for citizens to understand the process.

That notwithstanding, Mr Sarpong said digital television broadcasting was not all that perfect as it had its major challenges.

The Executive Secretary admitted delays in the processes, but added that the television transition had several challenges ranging from governance, ownership and legalities which needed to be addressed.

Nana Kwasi Gyan-Apenteng, the Chairman of the NMC said the migration was laudable as it would expose television viewers and owners to more channels.

He reminded the media on the need to remain as agenda setters, and endeavour to highlight more on social and development issues, instead of politics.