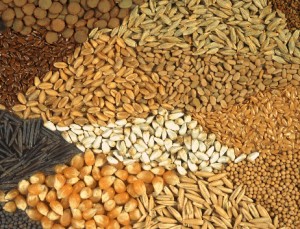 Government is working to get parliamentary approval for the finalised draft of the Ghana Seed Regulations, Mr Seth Osei Akoto, the Director of Crop Services Directorate of Ministry of Food Agriculture, has said.

Speaking on behalf of the Minister of Food and Agriculture at the 2018 National Seed Value Chain Business Networking Forum, Mr Akoto said government had also concluded consultations on other seed sector legislation and strategies, including the implementation of the National Seed Plan.

The event aimed to contribute to shaping and improving the policy, regulatory and investment environment for enhanced private seed business through sustained public-private dialogue.

It was expected to foster stronger business linkages and networking among seed value chain actors.

Mr Akoto said there was no doubt that the coming into force of those instruments would go a long way to attract more private sector participation and investments in the seed value chain and make the local seed industry more profitable and competitive.

He said government had demonstrated its commitment to empowering the private sector through the active involvement of the National Seed Traders Association of Ghana (NASTAG) and other individual seed producers in the supply of the local seeds for the Planting for Food and Jobs implementation.

Mr Thomas Havor, the President of NASTAG, said the Private Seed Sector would step up efforts to meet the seeds demand for the ‘Planting for Food and Jobs’ (PFJ) Programme.

He said the sector would also sustain its momentum and even meet the international seed demands, especially in Sub-Saharan Africa.

Mr Havor said the plans could be successful through respectable and healthy relationship with government and other partners, while prioritising the smallholder seed producers’ needs and the entire local seed sector in ensuing provision of high quality seeds.

He, therefore, called on stakeholders to join NASTAG and the government to develop the local seed sector and agriculture in general.

Mr Havor said it was also to promote the production, marketing and utilisation of quality local seeds that had the greatest potential to significantly impact Ghana’s economic growth in the near future.

“NASTAG has become a relevant player and contributor to key government policies and growth in agricultural productivity of farmers,” he added.

Mr Havor said those figures were woefully inadequate, compared to the current demand, forcing government to import seeds with its associated challenges.

He said as long as the farmers longed for approved quality seeds, coupled with other agronomic activities, Ghana was assured of increased productivity, food and jobs for the ever-growing population.

He said the PFJ was a golden opportunity for players in the value chain to enable Ghana to attain food and nutrition security, increase income and reduce poverty.