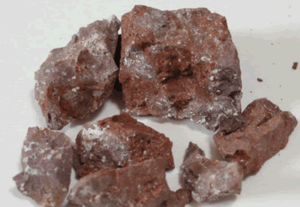 Environmental protection organisations on Thursday reiterated their call on government to urgently stop all mining and prospecting activities in the Atiwa Forest Reserve.

The organisations, led by Friends of the Earth-Ghana (FoE), in collaboration with ARocha Ghana and Tropenbos Ghana, forest research organisations under the auspices of the Green Livelihood Alliance, said the Atiwa Forest delivered a variety of ecosystem service and benefits that superseded whatever amount the country would gain from mining bauxite.

They urged government and the China Development Bank to explore alternative ways in which the Atewa Forest would generate additional financial resources for the state and also to support the development of local communities while preserving the ecological integrity for the forest.

The Atiwa Forest, located in the Eastern Region and among the 260 forest reserves in the country, is one of the largest remaining blocks of tropical forests and one of the healthiest and important ecosystems in West Africa.

It has a national recognition as an important reserve, which delivers a variety of ecosystem services and also shelters the headwater of major rivers such as the Weija, Densu, Birim and Ayensu, which serve most communities with potable water.

Dr Theo Anderson, the Director of FoE, addressing a press conference in Accra, suggested that such initiatives could include the protection of the Atiwa Forest to be developed into a National Park for ecotourism, scientific study and educational opportunities, together with various sustainable economic livelihoods for local communities.

He noted that over the year’s governments continued to receive about 32 million dollars annually as aid for the purpose of sustainably managing and conserving forest resources.

“To destroy our forests through mining will be an affront to those whose taxes are given to us in development aid for the purpose of sustainably managing our forests.”

Dr Anderson said any country whose economy was dependent on the extraction of exhaustible natural resources was not sustainable in the long run and urged government and the People’s Republic of China to completely remove Atiwa Forest from the bauxite mining agreement.

He called on the China Development Bank to first consider funding a Strategic Environmental Assessment of the whole area to know the consequences for local communities living at the fringes and the opportunities thereof, adding that an Environmental Impact Assessment alone was not enough justification.

“We want to remind the China Development Bank that funding the destruction of the Atiwa Forest violates the Bank’s own environmental principles and has a consequence for the Bank’s reputation and public image and we call on the Chinese Banking Regulatory Authority to apply all the necessary sanctions on the China Development Bank should they go ahead to fund the bauxite mining in the Atiwa Forest.

“FoE Ghana and its partners maintain that China Development Bank’s proposed funding towards Bauxite Mining in the Atiwa Forest would have a very damaging impact on biodiversity, wildlife, climate, water resources, and people,” Dr Anderson said.

Mr Darly Bonsu, an official of ARocha Ghana, indicated that despite the numerous roles of the Atiwa Forest, it was faced with the threat of degradation of resources from the growing population who needed the land space for other productive purposes.

Those, he said, posed serious risks to the ecological integrity of the forest and the provision of services, especially its role in absorbing carbon dioxide emission from cars, industries and other human activities.